He showed up at a stranger’s funeral with his girlfriend, and it got worse from there 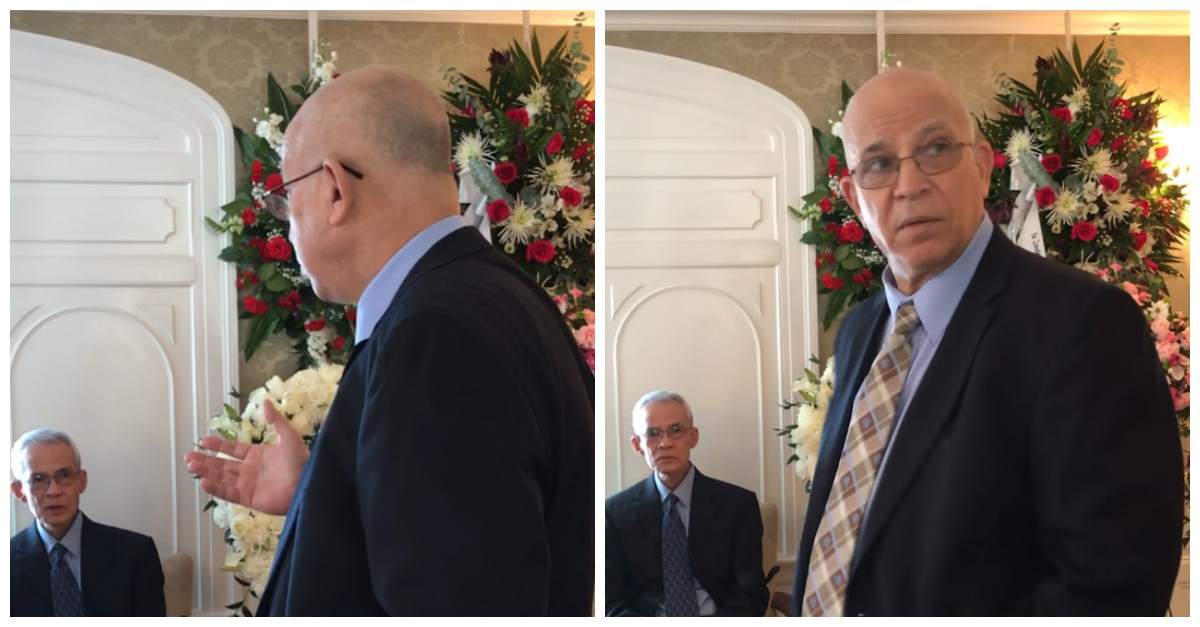 A video of a man at a Massachusetts funeral is going viral after his impromptu speech offended several mourners. The man, who is identified as David Small, prefaced his statement by saying, “I hope nobody takes offense at this,” and from there it was all downhill.

RELATED: A Florida man allegedly committed an unspeakable crime at a church during a funeral

Small stated that he was “not affected by this,” and then painfully trudged on with “I see that the smoke in the church… in the Asian churches is so prevalent that I gag when I go inside. I’m not sure if this is a factor and I believe that it is a factor.”

The funeral was for Carol Tan Wong, who passed away at the beginning of March from lung cancer. Her son uploaded the video and wrote that his mother “was not a smoker, not exposed to second hand smoke, and went to the doctors as soon as she had a cough. She was simply unlucky.”

RELATED: Another sad example of the heroin epidemic as couple overdoses in front of kids in a stolen truck

To further his insult, Small admitted, “I just came with my girlfriend. I don’t know anybody here.” He then returned to his original point, saying, “I hope that what I’ve told you about the smoke in the church is not taken in offense… but it’s so strong, I think it’s a risk.”

Thankfully, somebody else moved him away from the front of the congregation.