Well, it’s happened again — the internet has given us a video that we don’t really believe. The video starts out pretty basic, a chicken pecking at something in a garden. We all figured that it was a worm, but upon closer inspection, it turned out that the chicken was eating a snake.

RELATED: A man who went for a walk naked in Walmart because his friends found it funny has a mugshot that says it all

Luckily, somebody had a camera to record the incident. They wrote:

On a beautiful June summer day in Wisconsin, I was wandering around the yard after work. I noticed one of our free range black chickens named Little Red was pecking away at something. At first, I thought it was a worm, but noticed the red belly of a snake. It was a Red Bellied Brown Snake! I didn’t interfere because I knew the snake was non-venomous, and I’ve seen my chickens catch and eat mice before.

So next time somebody calls you a chicken, just remind them that chickens sometimes gobble down serpents. 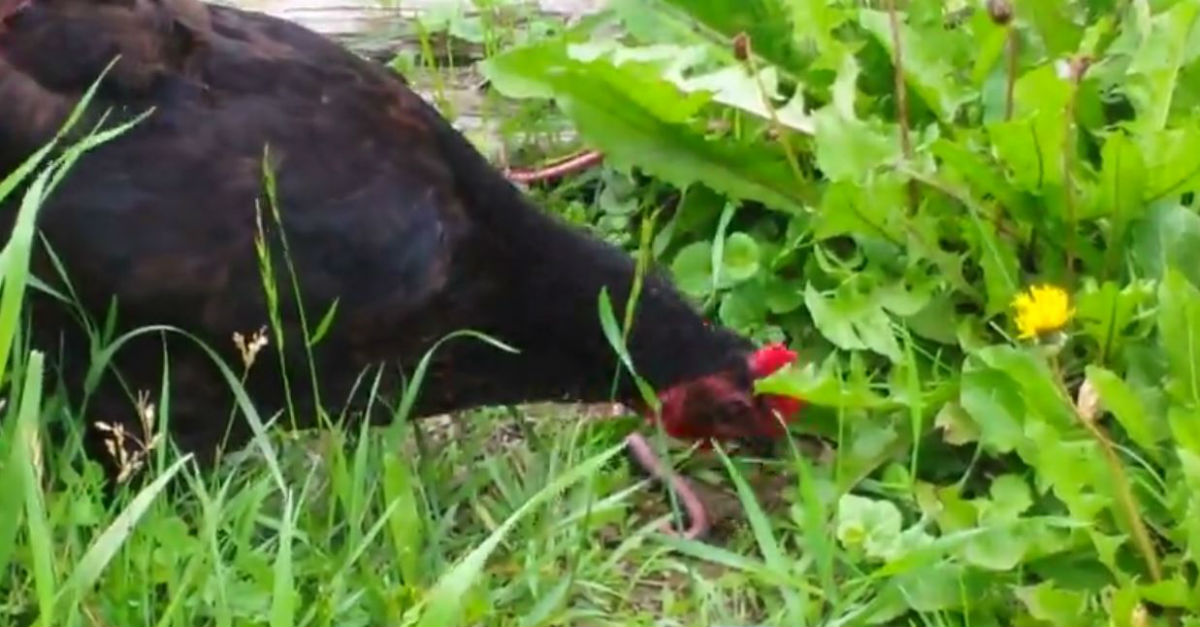