As the L train rumbled toward the station, a man who spotted a person laying on the tracks, jumped down and lifted the fallen man to safety on the platform.

The heart-stopping rescue was captured on video, showing just how little time there was before the train would have crushed the man.  The hero was identified as Jonathan Kulig, 29, a Con Ed worker. He hopped onto the L train tracks at 14th St. and Third Ave. at about 8:45 p.m. Saturday.

Kulig could be seen in the video kneeling by the man after he carried him to the platform, saying, “Talk to me, what’s happening? You all right?”

“It was very scary,” Parker Van de Graaf, 15, the Seattle teen who took the video told the New York Daily News. “My mother and I were right there, and the first to see him fall. We were freaking out and asking for help.”

Kulig, a licensed professional engineer, said he was on his way to work when he heard people yelling.”

Kulig jumped down to the tracks, and said he had a plan in case he couldn’t get the man up before the train came bounding into the station.

RELATED: Men who saved a fallen civilian on NYC’s subway will restore faith in humanity

“I had my escape plan. I knew where to walk, where not to walk,” he told the Daily News, noting that he had taken a track safety course as part of a project about a month ago. “I made sure that there was a path for me to go to. I kind of looked while I leaped, if you will.”

The video shows Kulig leading the disoriented man to a bench. Then the train came screeching into the station.

Watch the video over at the New York Daily News. 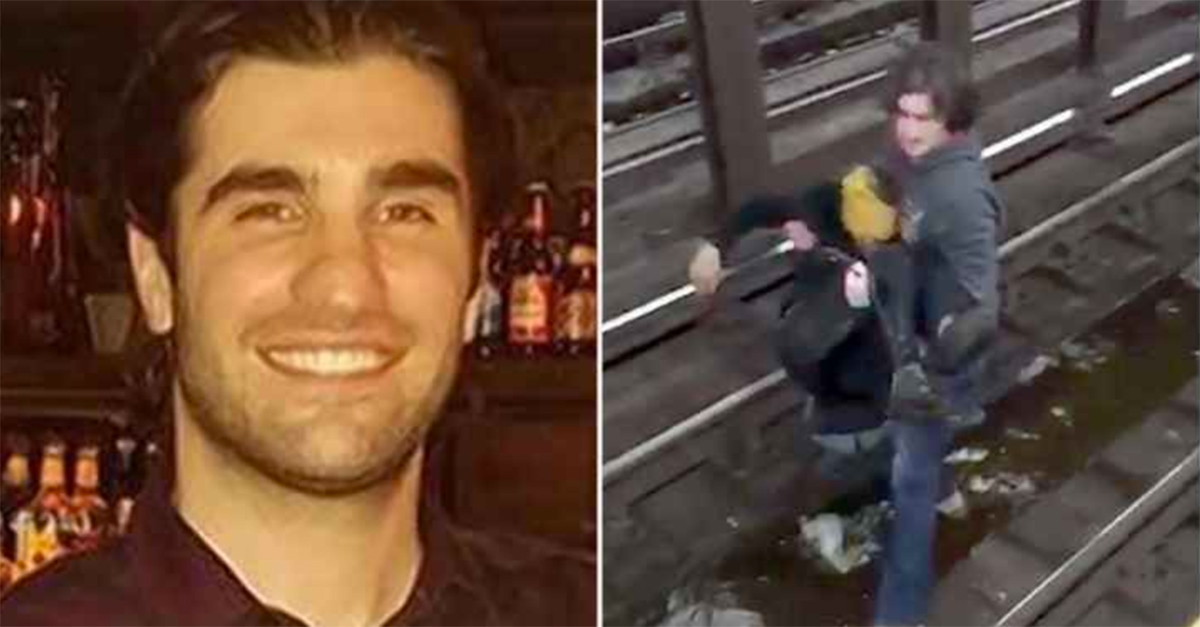