Horrifying video shows a Russian passenger plane crash in a field, killing all on board 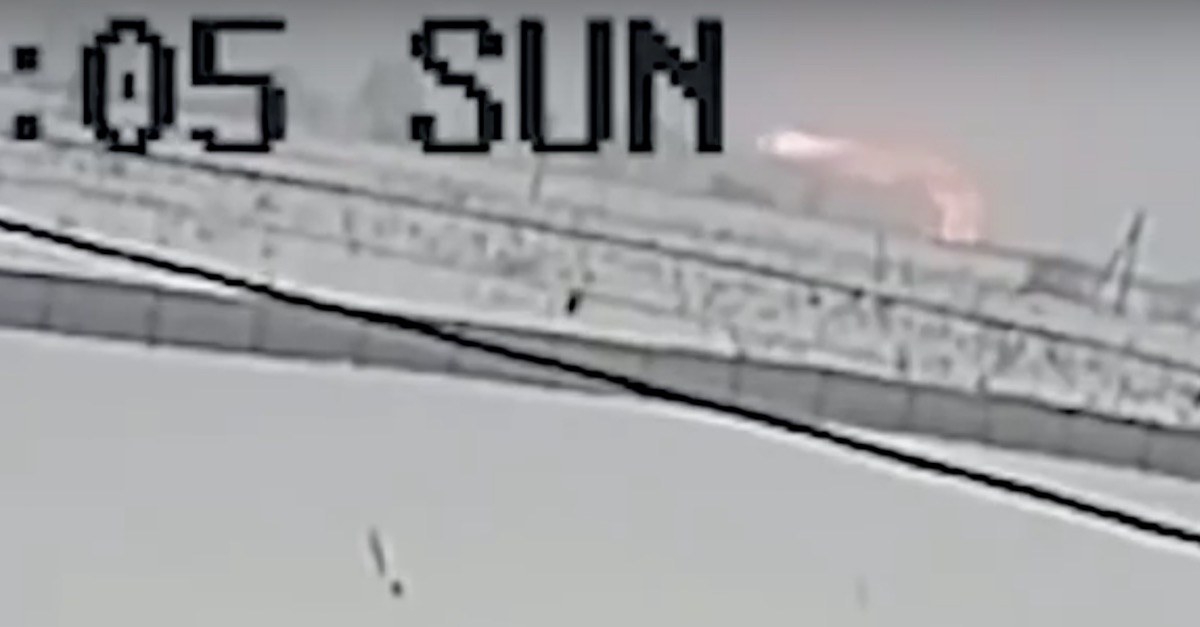 News broke early Sunday that a Russian passenger plane had crashed shortly after taking off from Moscow.

Worst fears from the start were that there would be no survivors, and that has since been confirmed. 71 people, 65 passengers and six crew, were all killed.

Chilling photos of emergency workers searching wreckage have emerge. Both flight data recorders from the Saratov Airlines An-148 were found among the debris.

A security camera from a nearby building recorded the moment the plane went down in flames.

Some of the victims have been named.

The youngest, news.com.au reported, was 5-year-old Nadezhda Krasova. Her mother, 32-year-old Oksana Krasova, died next to her.

The oldest victim was 79.

The Investigative Committee, Russia’s premier state investigative agency, said the plane was intact and there had been no fire on board before it hit the ground. The plane’s fuel tanks exploded on impact, scattering debris across 74 acres in deep snow, according to the Emergency Ministry, which used drones to direct the search.

#Russia switches operations at site of An-148 crash from rescue to search, looking for bodies of 71 victims, including two foreigners, and debris of passenger plane pic.twitter.com/GGEIx4qlpL

Deputy Prime Minister Arkady Dvorkovich told a Cabinet meeting that emergency teams have found both flight data and cockpit conversation recorders, which are crucial for determining the crash’s cause.

RELATED: Family of 4 confirmed dead after disappearing during flight

Saratov Airlines said the plane had received proper maintenance and passed all the necessary checks before the flight. The plane was built in 2010 for a different airline that operated it for several years before putting it in storage. Saratov Airlines commissioned it last year.