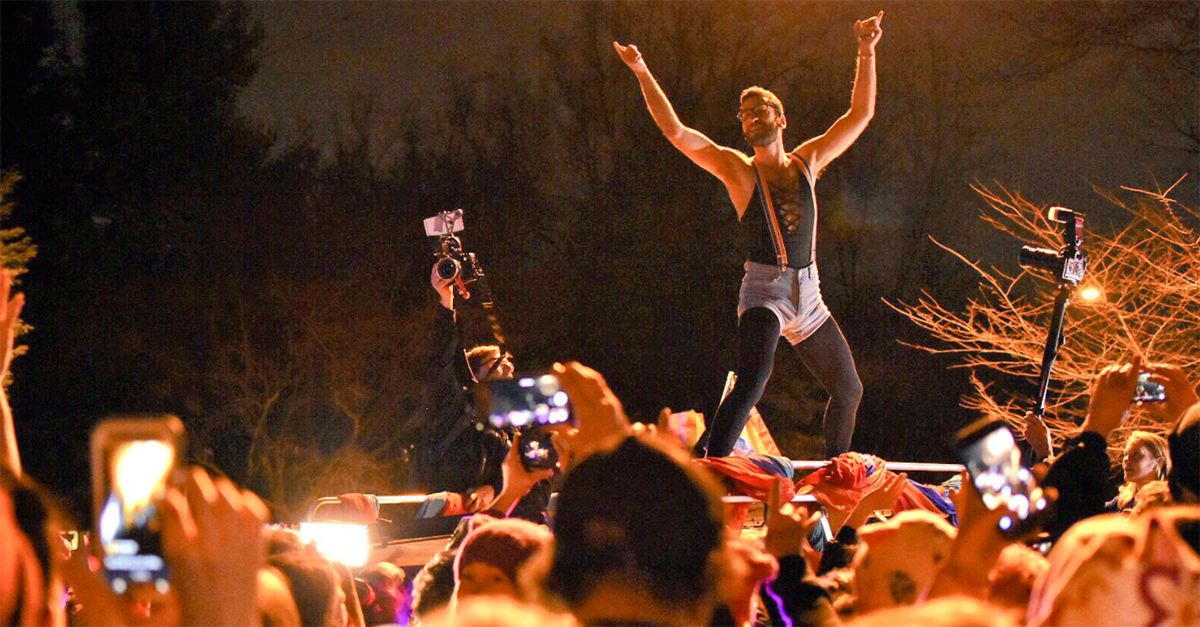 LGBT activists gathered in Washington, D.C., on Wednesday night to send a strong message to Mike Pence: hate will not be tolerated. Hundreds of people assembled outside the vice president-elect’s home for a big dance party.

The dance party was a protest against Pence’s anti-gay record, which is alarming to many Americans who support LGBT rights. A Time story published on July 16, 2016, outlined a few of the many moments when Pence clashed with the LGBT community. In 2006, Pence said gay couples were a signal of “societal collapse,” in 2007 the VP-elect voted against a law that would prohibit discrimination against LGBT people in the workplace, and in 2010 he made it clear that he fully supported the military’s then-standing “Don’t Ask Don’t, Tell” policy.

RELATED: Michelle Obama is the queen of dance breaks

Donning bright colored clothes and neon headbands, hundreds of people gathered in front of Pence’s D.C. home to send a message of LGBT unity and spread a message of love and hope. Many people were seen dancing on top of cars and proudly waving rainbow flags as chants of “Daddy Pence, come dance!” rang through the street.

Here is footage of the 200 or so people marching through the street en route to Pence’s house early on in the evening.

A look at the crowd heading towards Mike Pence's house for a #LGBT dance party pic.twitter.com/cx9ODlbhjZ

Here are the protesters dancing to one of the biggest hits of 2016, Rihanna and Drake’s infectious song “Work.”

Social media erupted with photos with the disruptive dance party!

Perhaps unfortunately for these hundreds of souls, Mike Pence was across town on Wednesday evening hosting the vice president-elect’s inaugural dinner.