This isn’t something you see every day!

Over the last few months, protests have become more and more frequent across the country. In Washington, D.C. and other major cities like New York and Los Angeles there have been protests almost every day. Whether to voice concern about President Trump’s immigration executive order or express anger about the resumed construction of the Dakota Access Pipeline, Americans have taken to the streets to express their discontent with the current administration’s actions.

On Feb. 12, protesters in Chicago decided to take a more playful approach to protest. Gathered in front of Trump Tower, hundreds of people united to do something you probably haven’t done since you were in elementary school (or ever): mooning.

In case you aren’t familiar with the act of ‘mooning,’ Urban Dictionary defines it as, “The recreational act of baring one’s ass in public with the intention of it being seen by people who don’t want, or expect, to see it.” It’s a taunting strategy, one might argue, generally reserved for defiant children.

Watching ABC 7 Chicago’s video of the mooning protest, you’ll hear the participants counting down to the moment of revelation. Then, at the exact same moment, they all drop their trousers for a ‘bottoms up’ moment. Thankfully, this video is safe for work, since a trusty block hides any butts from view. 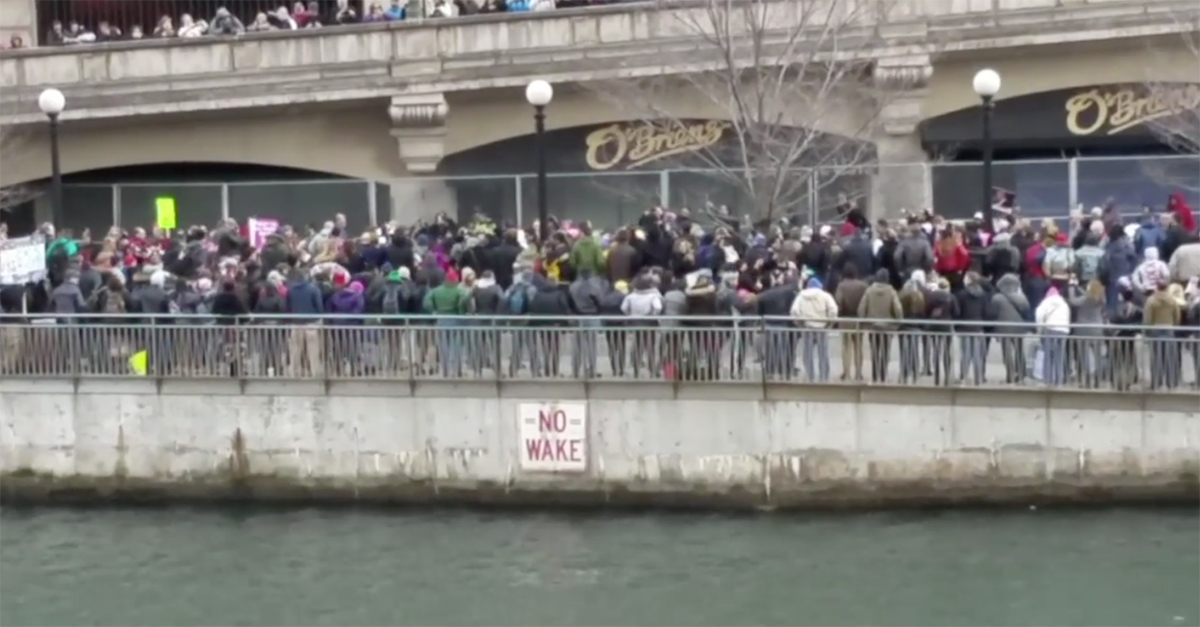