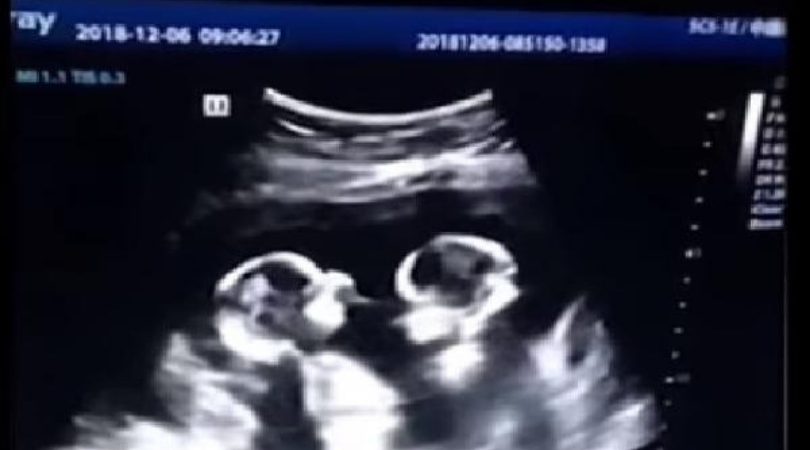 Well, here’s something you don’t see every day. Sure, you see babies or older siblings fighting here and there, but have you ever seen a pair of identical twins INSIDE a womb fighting? Seriously, just look at the video! It’s so cute and hilarious at the same time, showing the twins apparently jockeying for a comfortable position in their mother’s womb.

The video was shared by the father of the twins, who goes by Mr. Tao, from China. One can see the unborn daughters kicking and hitting one another, at only four months old. Tao decided to film the ultrasound scan saying “they were boxing with each other for a new round,” which is exactly what it looks like they are doing. Who would have tough pre-birth rivalry existed?

The twins reportedly shared the same amniotic sac, which is known as monochorionic monoamniotic twins or Mo-Mo twins for short. Unfortunately for the mother, this means a high-risk pregnancy, with a 50 percent chance of survival after 26 weeks. The biggest risk the twins can face during pregnancy affects their umbilical cord, which is separate, will get tangled and knotted resulting in impaired blood flow to one or both babies.

But, luckily the twin girls, who were dubbed “Cherry” and “Strawberry”, were born on April 8 without any problems. Just a few scratches here and there that were caused by the innocent shoving.

There can be only one! pic.twitter.com/y5JOQx9rRG

The video has since gone viral on social media, with over 2.5 million views, because well, who would have thought this could actually happen. Surprisingly enough, according to the Daily Mail, the father said that at the time of their birth, the babies were apparently cuddling each other when their mother was ongoing medical test before the surgery. So, safe to say they found a way to both fit comfortably as they waiting to pop out.

I guess this just goes to show you that we all like our space from time to time. Off to boxing class you go, twins!