If You’ve Ever Needed More Proof as to Why You Should Never Touch a Snake’s Tail, Here it is 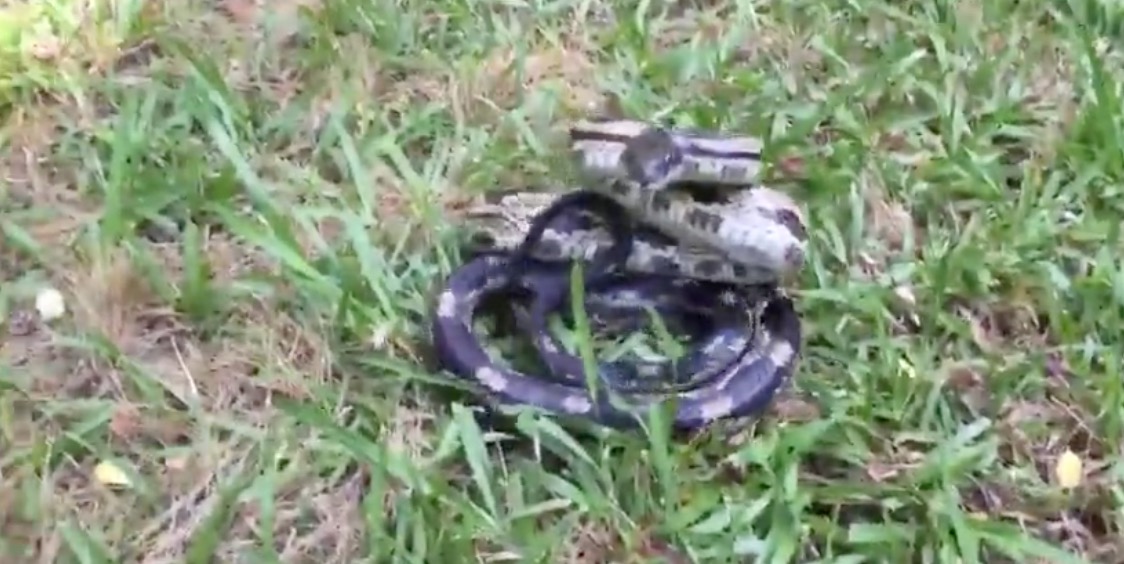 One thing you should never attempt to do is touch a snake. While they may look friendly, snakes are not the nicest animals and tend to get very territorial when you get all up in their business. What would you do if someone larger than you stuck their hands on your body and stuck a camera in your face? Probably punch them out, but they don’t have feet or arms for goodness sake! Hence the reason for striking with their mouth.

If you’ve been on the internet for the past 10 years, chances are you’ve seen a video of snake attacks in places such as Australia, Indonesia, China, and India. Perhaps you’ve seen a David Attenborough special on King Cobras and the amazing black mamba. But have you seen a video of an attack snake in your own backyard?

While it “technically” might not be your backyard, it was the backyard of Brian Lucus, who uploaded this video of his friend’s mom in Alabama.

The video opens with a woman with a heavy southern accent telling the snake he is a “long boy”. Okay, complimenting the snake, good, a little odd, but good.

She continues to film the snake (which is identified as a rat snake). The woman then tells the snake that she is going to “touch you on the tail.”

According to the BBC, an average snake strike lasts 44 to 70 milliseconds. Compare that to the 200 milliseconds it takes for a human to blink their eye. Blink and see for yourself. Ha, now you are aware you are blinking.

Thankfully the snake nor the woman were harmed, but it’s pretty clear this woman learned her lesson about messing with snakes, particularly this mister snake.

Now’s the time to put down your drink or whatever breakable you are holding and take a look for yourself.

Watch: 5 Types of Turtles You Can Have as Pets.