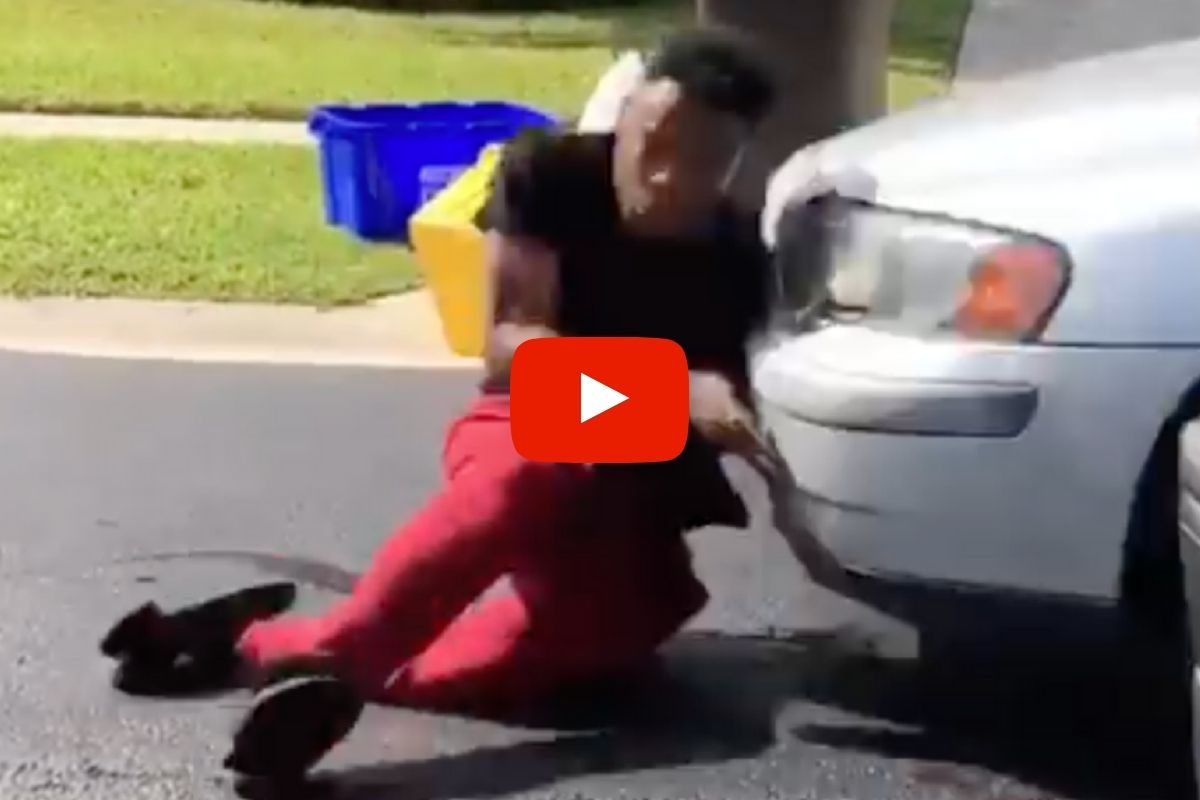 Few things can make you feel as old as watching kids do something inexplicable that you cannot even begin to fathom the reasoning behind. But then one of those kids injures themselves in some egregious, totally preventable way and you remember that you’re sort of happy you’re old now.

Such will almost certainly be the case when you watch this video featuring 22-year-old Jaylen Norwood of Boynton Beach, Fla. attempting the “In My Feelings” dance challenge. Norwood jumps out of his car and into the middle of the street and begins dancing to the popular song “In My Feelings” by the rapper Drake, as is tradition.

Then Norwood slips and gets drilled in the face by an oncoming car. Enjoy.

‘In My Feeling’ Challenge

Because no one died and only minor injuries were suffered as a result of this, and because a Florida man is involved, feel free to laugh your asses off at the video. (Personally, anytime the words, “Keke, do you love me?” are sung I want to hit someone with a car, so this video was incredibly satisfying.)

The look of pure terror on Norwood’s face when he realizes that car is going to destroy him is priceless.

His face says all that and more as that Volvo comes speeding into it. After that, the best reactions to Norwood getting hit are, in order:

1. The laughing baby in the backseat.

2. The laughing driver of the car that hit Norwood.

It’s all downhill from here, anonymous baby laughing in the backseat. You’ll never see anything funnier than that in person for the rest of your life.

According to Norwood, he knew the car was coming because it was part of the video. His plan was to begin the dance in the street, have the car drive up, and then continue the dance on the hood of the car. Instead, Norwood slipped on some oil in the road and the car got into a fender bender with Norwood’s face.

We have some thoughts about the #InMyFeelings challenge. #Distraction in any mode is dangerous & can be deadly. Whether you are a #driver, #pilot, or #operator, focus on safely operating your vehicle. Read more on this #NTSBmwl issue: https://t.co/b9D0IwNemV #MWLMonday https://t.co/vt6oFTbDsj

Either way, his intended goal — for the video to go viral — was ultimately accomplished. So hooray? As you can imagine, the National Transportation Safety Board is not super into this trend and would appreciate it if people would stop dancing to Drake’s song in the middle of the street, often while their cars are running, in order to, in most cases, get a hundred likes on Instagram. Tax dollars were just wasted warning kids that dancing in the street is often unsafe.

Editors Note: This article was originally published on July 3, 2018.