A video that has resurfaced online appears to show two Brazilian police officers take down a drug smuggling plane with their car. While the provenance of the video remains unconfirmed, and we aren’t exactly sure what’s going on here, the footage is still quite shocking.

According to a Huffington Post translation of the video, an officer inside the car yells, “Go, go, go! Let me get around him and I’ll close in on the plane,” and then, “Hit it, hit it, hit it!” as the car approaches the plane.

Then the video continues on as the driver of the car rams the vehicle into the plane’s wing, causing it to detach from the plane and rendering the plane unable to fly. According to the video’s description as uploaded by the Associated Press, five suspected drug smugglers were allegedly on board. The Huffington Post reported that more than 230 kilograms of cocaine paste were also seized from the aircraft. 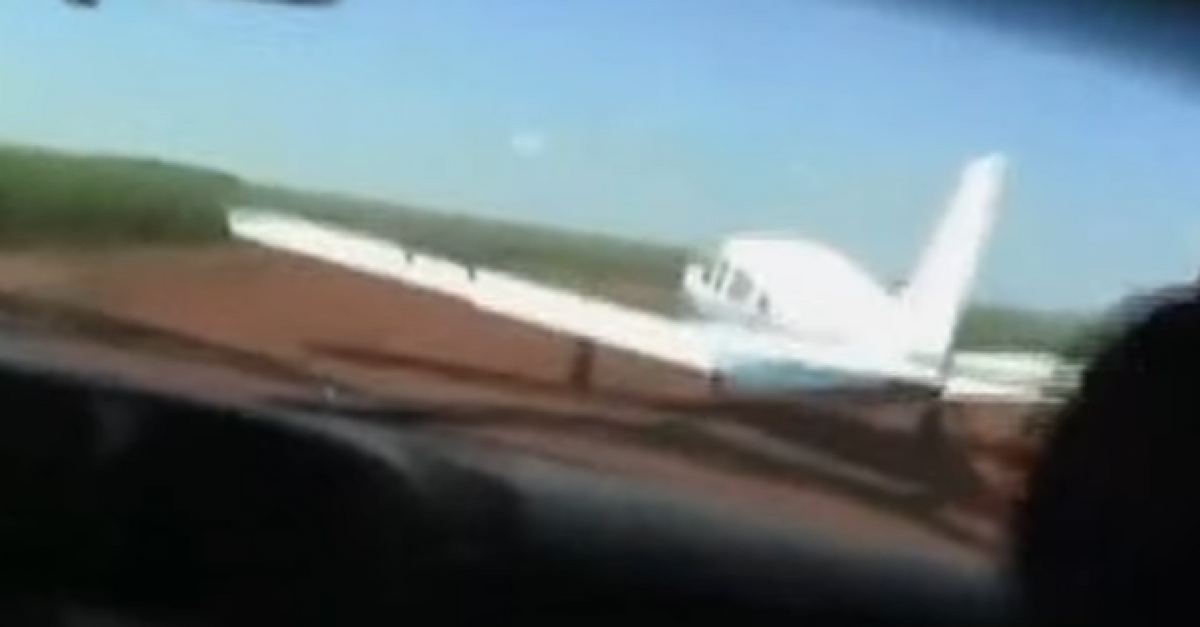