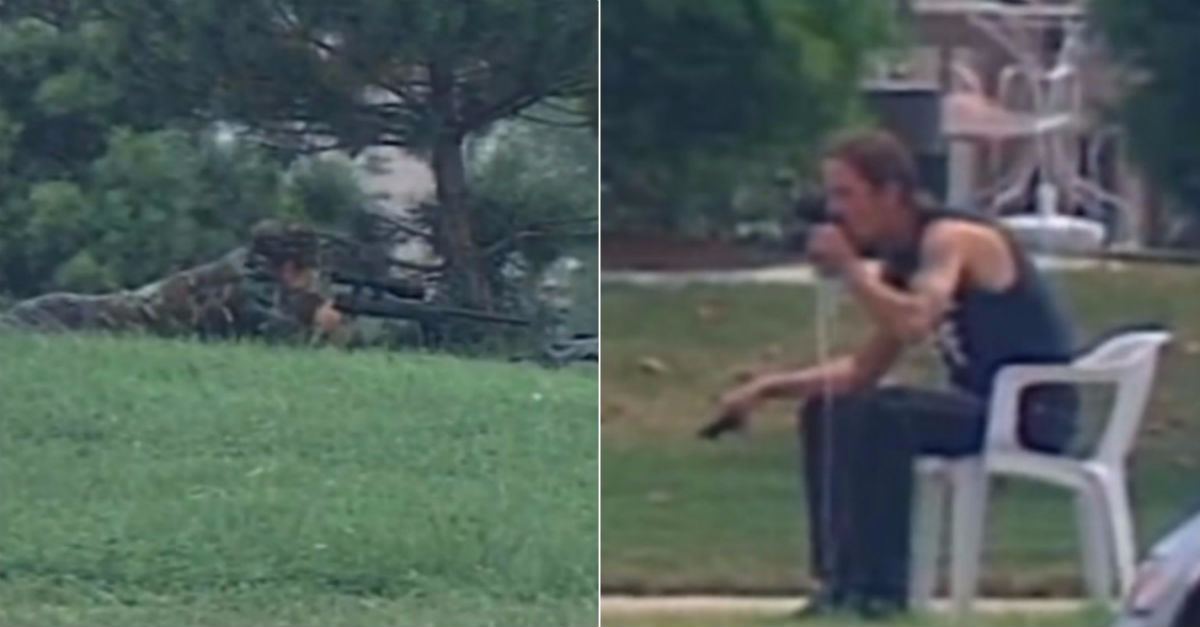 In the history of takedowns, this one might be the coolest.

The scene opens with a man named Doug Conley sitting in a white plastic chair, a gun in his hand, facing Ohio police officers. At that point, he’s aimed it toward himself, the ground, officers and traffic.

A cut to another scene shows the man sipping from a shaken-up can as his gun is pointed downward.

Conley yells that he wants to see his girlfriend, but instead, the authorities call in a Columbus SWAT sniper named Mike Plumb.

Plumb, who is described as a “bad dude,” a “good dude,” and the “best dude,” uses the moments after the distraction to take a shot.

One pop later and the gun is shot completely out of the man’s hand, leaving the man himself uninjured. Other officers then rushed in to tackle the man from his chair.

RELATED: A truck driver makes the most skillful turn while carrying a wind turbine blade