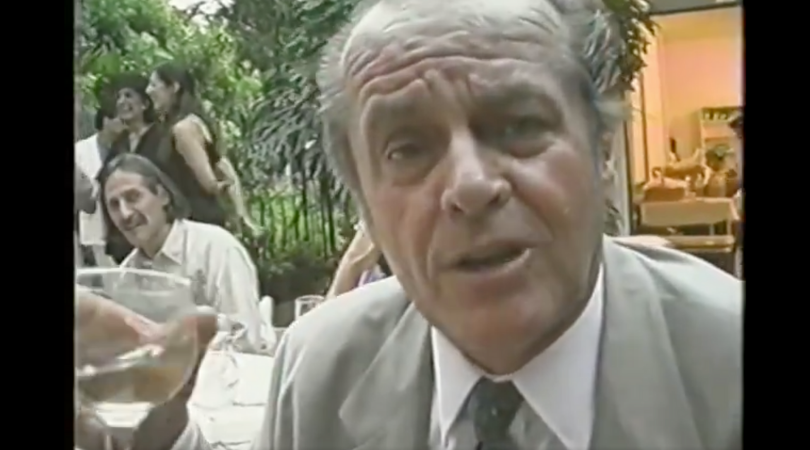 When seeking advice people tend to go to their elders. That makes sense. Said elders been around a long time. They’ve experienced a lot of life. Still, not all elders are created equal. You want someone with some experience with what you’re going through to give you advice. Or, if you’re seeking broader life advice, you want someone who has gotten around. Someone who has seen some shit.

Enter Jack Nicholson, a guy who’s seen probably about as much shit as anyone. Who better to get advice from than a man who’s done cocaine with more brilliant minds than you’ve ever even met or even spoken to? (Don’t think too hard about my metrics here. Trust me, they work.) A video of Nicholson giving what appears to be inebriated advice at a wedding circa the late 90s, early 2000s surfaced on Twitter and the video does not disappoint… mostly in its Jack Nicholson-ness.

this video of jack nicholson giving his "advice" at a wedding is one of the best things I've ever seen pic.twitter.com/X9gNQEyrHj

The first thing you get from this video is that Jack Nicholson might be exactly like we all expected him to be in real life. (Though the man obviously knows how to put on a show, so maybe he’s mugging for the camera.) Either way, when Nicholson flashes his trademark creepy ass smile you can’t help but think that his characters are only a slight exaggeration of who the man is in real life.

Sadly, Nicholson doesn’t offer any weird, old guy sex advice like, “This move used to make Justin Trudeau’s mom bark like a seal,” or “I almost gave Candy Bergen an aneurism doin’ this.” He does delve briefly into his thoughts on America’s pent up sexuality problem, which makes sense because it seems pretty likely that Nicholson is extremely resentful of the fact that our culture won’t let him get a blow job while he’s waiting in line at the bank or something.

“Uhh why don’t you and your little teller friends come and get me when you’re ready. In the meantime, I’ll be in your john with my lady friend here.”

Oh well. Even nonsensical advice from Jack Nicholson is worth listening to.

This article was originally published on February 22, 2019. We brought it back because we thought you could use a good giggle.