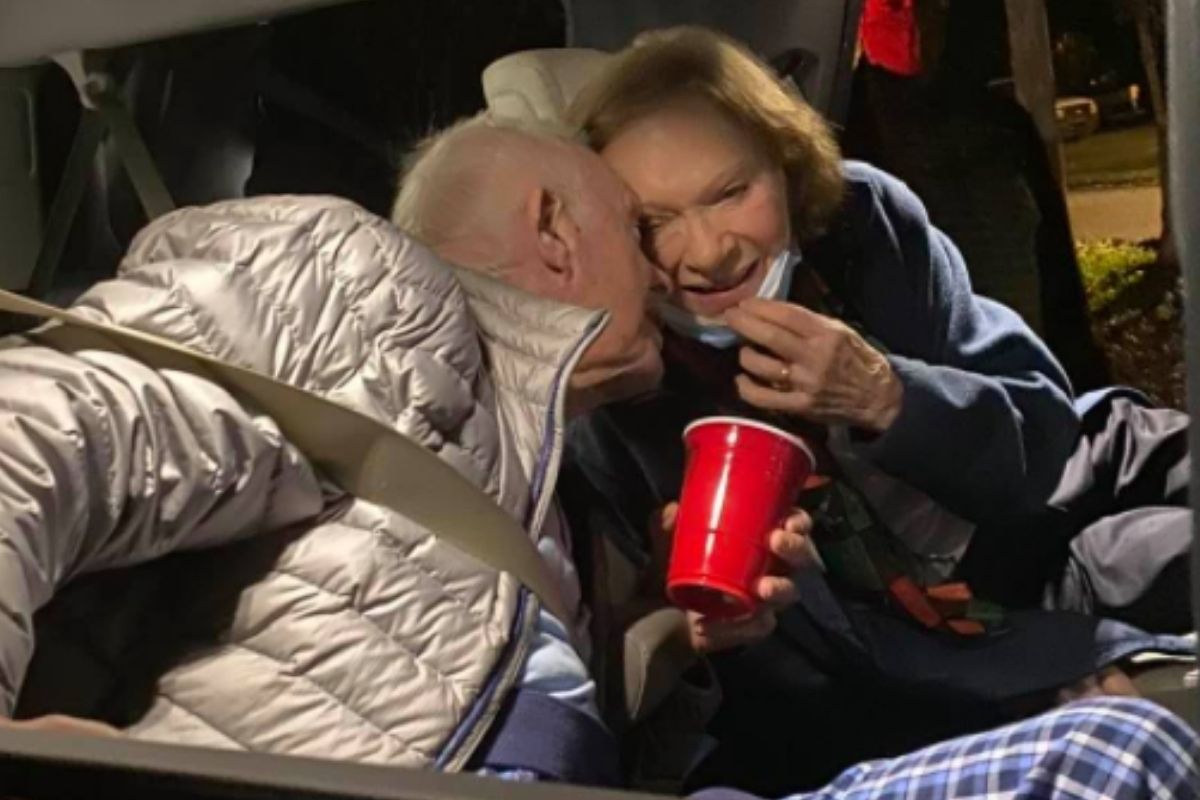 Living a true love story that exceeds beyond decades, former President Jimmy Carter didn’t hesitate to share a New Year’s smooch with former First Lady Rosalynn Carter, even if they’re in their 90s. At 96-years-old and 93-years-old respectively, the pair was caught on camera sharing a New Year’s kiss, kicking off 2021 with love and romance.

Their longtime friend, Jill Stuckey, captured the New Year’s Eve kiss and put it on Facebook. The lovely picture shows Carter leaning in to kiss his wife Rosalynn as she pulls her face mask down, during the celebration of the annual “peanut drop” in their hometown of Plains, Georgia. The couple is now the longest-married presidential couple, earning the title for being married for 74 years, surpassing the late President George H.W. Bush and his wife Barbara.

But this isn’t the first time the couple has been caught kissing on camera. On Valentine’s Day in 2019, they shared a kiss on the “Kiss Cam” at the Atlanta Hawks game, warranting cheers from the crowd. But their kissing history stems even further than that.

They also shared, yet another, adorable smooch on the “Kiss Cam” at an Atlanta Braves game, back in 2015. Former First Lady Rosalynn actually revealed that she had broken her own personal rule when she and the former president started dating, allowing him to kiss her on their very first date.

President Jimmy Carter Gets Shown On The Kiss Cam

And if you still can’t believe how romantic this couple truly is, back in 2015, President Carter was asked by a reporter during a C-SPAN interview at The Carter Center what he was most proud of looking back at his life and career. His response?

“The best thing I ever did was marry Rosalynn. That’s the pinnacle of my life.”

With all the chaos that ensued in 2020 regarding the coronavirus and the presidential election between Republican Donald Trump and Democrat Joe Biden, the world could use a little more love like what the Carters have. COVID has nothing on starting the happy new year the way this couple decided to do so.