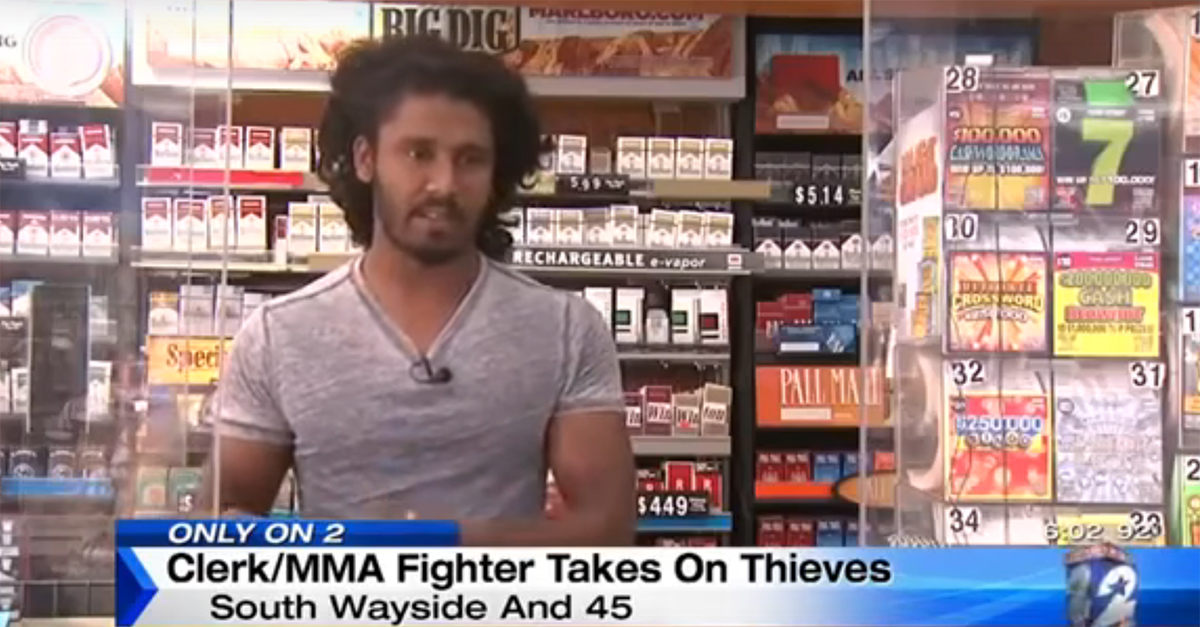 Because we love it when criminals get their just desserts, we have to laugh at would-be criminals having their plans foiled.

These losers decided to wait outside a small convenience store for one of the employees to get back from the bank after a cash run. They did a terrible job scoping out the place because had they done the smallest bit of recon, they would have known the store owner was a semi-pro MMA fighter. Either that, or realized this dude was about 6-foot-5 and looks like he’s never lost a backyard brawl.

The store owner comes barreling out the store, punching one robber in the face, and then delivering a haymaker on another.

You know these guys suck at crime, they left one of their comrades to have his butt almost literally handed to him.

Never take from hard-working people. Especially if those people work just as hard at beating the snot out of others.