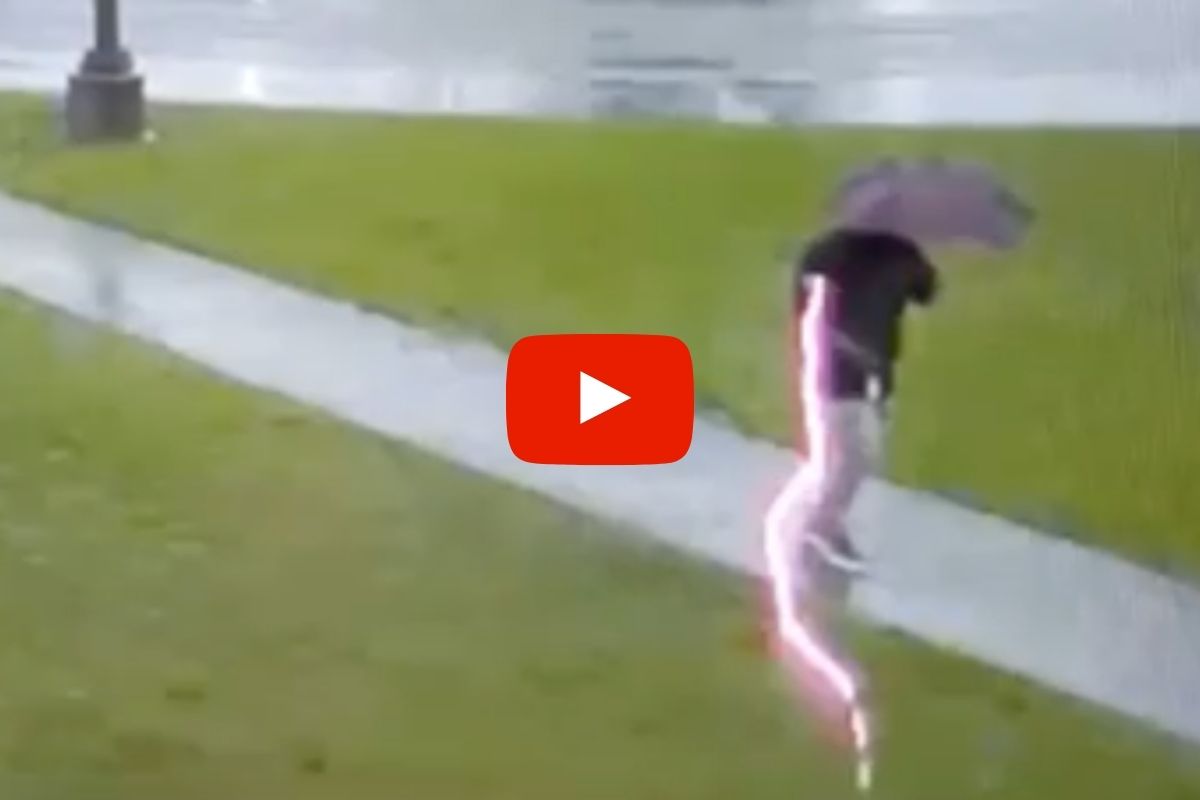 We put a lot of imminent dangers out of our minds as a matter of coping with our day to day existences. We can’t control them so why fret? The supervolcano under Yellowstone waiting to rip a hole in the northwestern United States with the force of a thousand nukes? That’s not today’s problem! How about that monstrous earthquake that’s supposed to destroy the entire west coast by pummeling it with tsunamis before tearing it off the continent and sinking it into the ocean? Eh. Climate change? Lots of people who definitely don’t have any vested interest in saying it’s not real say it’s not real so hey maybe it’s not even real!

And those are just the really big existential threats to humanity as a species. We as individuals ignore even more potential dangers that are out of our control. One of them — maybe the most common of them all — is the fact that we could catch a bolt of lightning at some point when it’s raining. But you can’t really think about that. Sure you can avoid standing under trees and walking around with a metal baseball bat during a thunderstorm but that only gets you so far. If every time you find yourself caught in the rain you got deathly worried about lightning you would drive yourself insane.

Still, this guy probably should’ve been worrying a little bit more about lightning. He almost got struck by it. Like, really closely almost got lit the hell up by the sky. Check out this video.

This is One Lucky Man!

The man in the video is South Carolina school counselor Romulus McNeill (great name, by the way) of the Academy for Technology and Academics in Conway, South Carolina. He was walking across the campus in the middle of a rainstorm on Thursday and just barely missed getting cooked. It’s impossible to say for sure but chances are that umbrella he was holding wasn’t helping anything. McNeill told local media that when the lightning hit he “felt a shock.” Then, as you can see in the video, he took the hell off. Smart move.

Yikes. But don’t worry, this probably won’t ever happen to you. Probably.

Editors Note: This article was originally published on August 19, 2019.