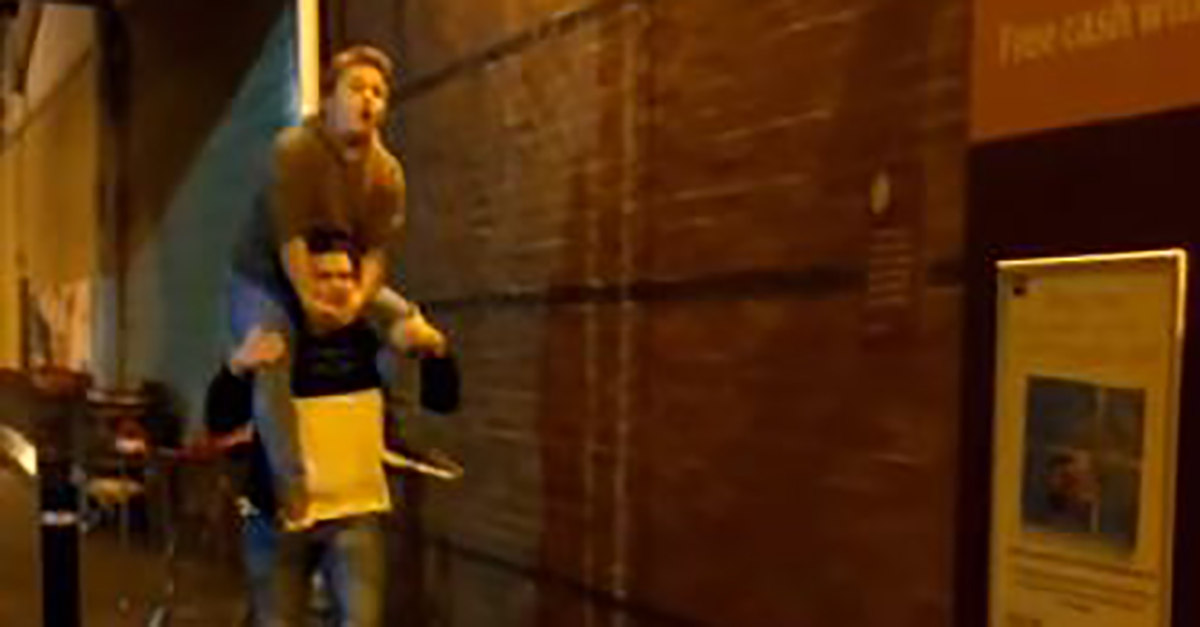 When this guy got a lift from his friend, the outcome probably wasn’t what he had in mind.

In a hilarious seven-second video, a man can be seen giving his buddy a ride on his shoulders as they sway on a sidewalk. When he announces that he’s going to jump, his pal  — balanced haphazardly above him — tries to prevent him from taking a leap. Turns out he had a very good reason.

RELATED: Daughter gets upset at dad for farting in the car in this gut-busting video

The man bangs into the sign hanging over his head before falling off to the ground while his friends are dying of laughter in the background.

While this guy probably regrets letting himself be taken on a ride — for the rest of us, it’s oh so very satisfying. 10/10!