Moral of this story: “Don’t pull a knife on me.”

Among the many reasons pulling weapons is such a bad idea is that if you pull one out, you better be prepared to use it.

That never ends well. Are you really prepared to kill someone over being cut off in traffic or some such?

But if bluffing is your game and you have neither the face or the will to carry through — and you ultimately back down, not only are you now weaponless — and in this case against an obviously bigger, superior foe — he sees you backing down as a sign of weakness.

The man wielding the knife gets what’s coming to him, but only after the bigger guy calmly talks him down from the knife.

And give the man back his flip-flop, moron. 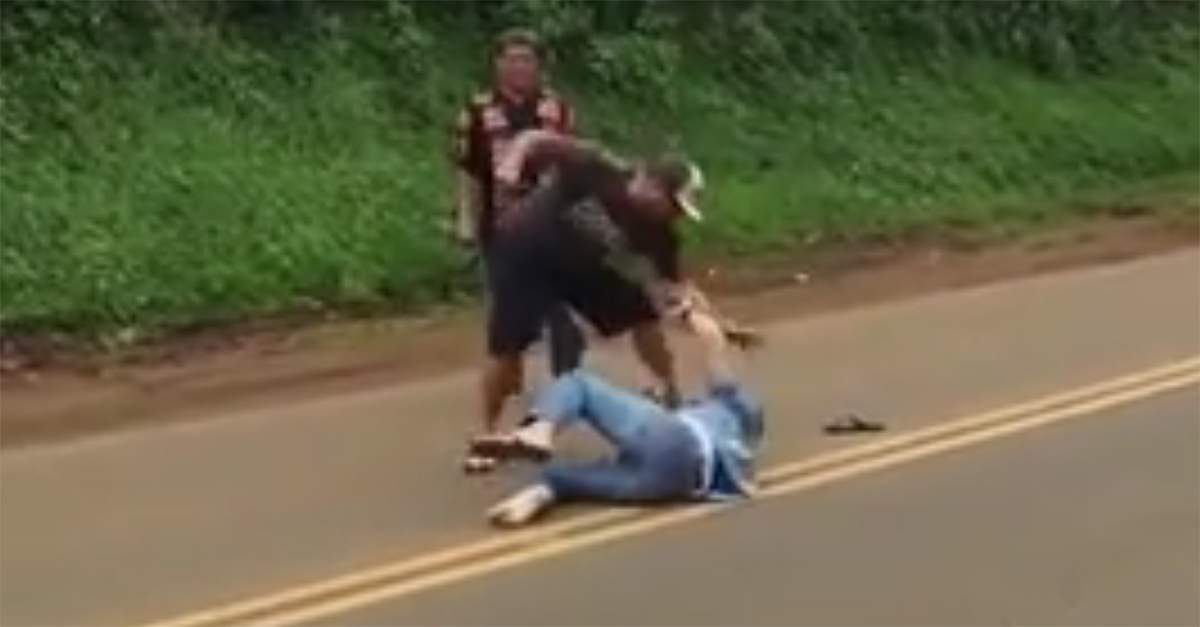