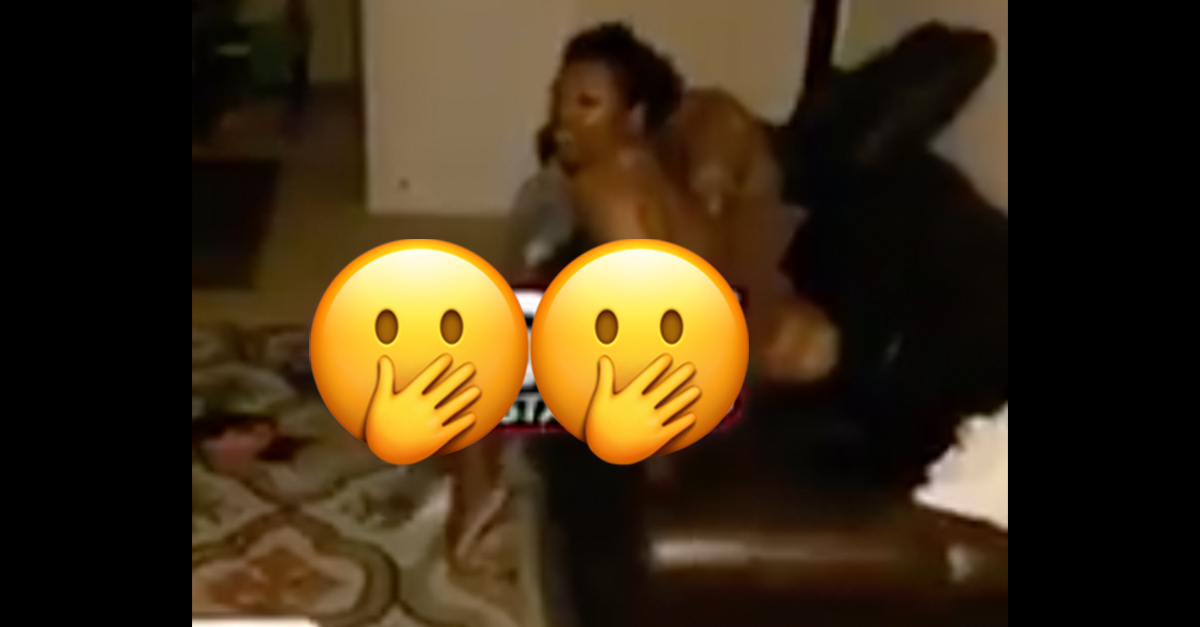 There aren’t a lot of details here, at least aside from the plethora of obvious details that can be gleaned from the video. But, in general, the title says it all. A husband walked in on his wife and another man. Both were completely naked. Presumably doing it. Or very nearly about to.

Based on the husband’s preparedness to film, and that it sounds like he’s had time to think about what he was going to say, this probably wasn’t the first time he caught his wife cheating. Just an all around oof for this guy.

What would you have done? pic.twitter.com/L1kmRwTVRX

Yeah, he was ready with this speech. That suuuuucks.

1. He knows the guy having sex with his wife! HE KNOWS THE GUY! Screw that guy, man. What a piece of trash. It’s one thing if you’re hooking up with a woman and you find out she’s with someone else after (or God forbid, during) the fact. That’s not really your problem. Why would you even ask? When she’s down to clown it’s a pretty safe and logical assumption that she does not have a husband and child at home.

But if she tells you, “Oh, by the way, I’m married” and you proceed anyway? Now it’s on you. Now you’re the a-hole.

And if you know the guy you’re cuckolding?!?! Suffice it to say you don’t deserve the restrained, turning of the cheek this homewrecker got. What you deserve is to be chased naked down the street by an ax-wielding, soon to be single dad as all the other neighborhood dads cheer him on.

2. I hope this husband immediately went to a bar, played the video for the bartender, and was given free drinks (and maybe some wings and mozzarella sticks) for the next twelve hours.