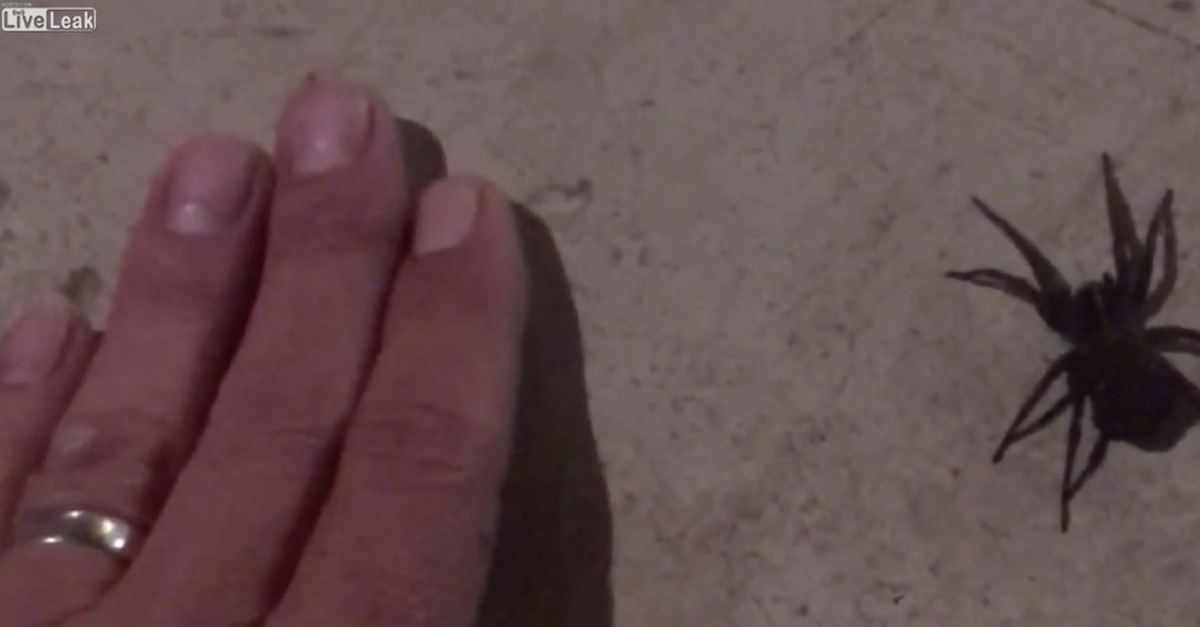 A dude from Missouri who spotted what appears to be a large wolf spider on his basement floor and squashed it to death on camera was in for quite the surprise moments later.

RELATED: When a man in an SUV saw what was crawling on his visor, he went right off the road

It turns out that the spider was a mother and that squashing it actually sent hundreds of little spiders that were clinging to her scrambling for safety.

We’ve seen this story before.

We’ve also seen an adequate explanation of why it happened the way that it did.

On this latter video from years ago, spider biologist Norman I. Platnick explained to National Geographic that “When the [wolf spider] spiderlings hatch, they climb on the mother’s abdomen and spend their first days there before dispersing.”

“So these spiderlings were on the mother, and did not crawl out of her,” he said.

The same exact thing appears to have happened to our man in Missouri.

“Was enjoying a few cocktails last night and we found this spider in my basement. I blame the drinks for my girl like screeching. I wish I knew what was going on and I would have done a better job filming,” he said on his LiveLeak upload.

The film job did the job, but the reaction to the video has been mixed.

On the one hand, we have the “burn it all down to the ground” crowd approving of the spider kill, while others said he had plenty of time to move the spider outside.

RELATED: A snake got caught in a dangerous redback spider’s web and got a taste of its own medicine during Aussie business hours

The latter stance can be summed up in one meme shared by commenter wmstwo02.