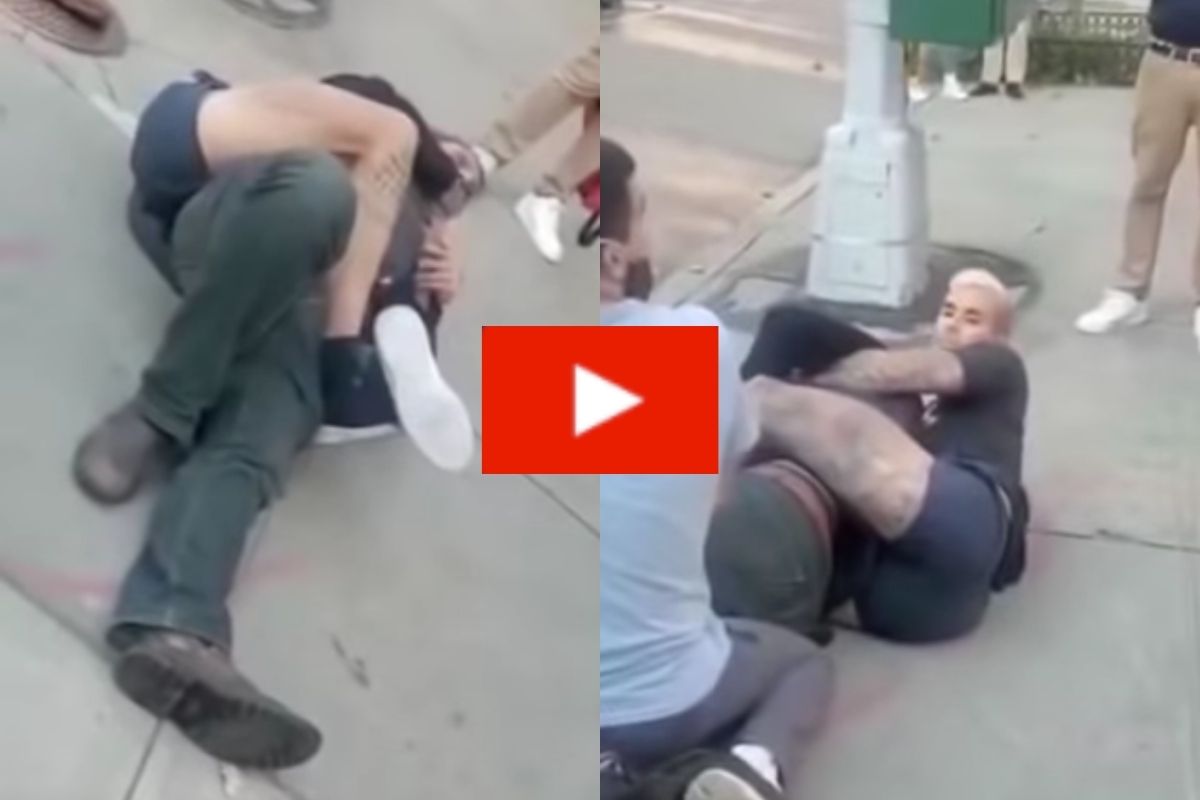 Not that criminals should ever have a “lucky day,” but it was most definitely not this guy’s lucky day. An attempted kidnapping went very wrong after New Yorker Brian Kemsley, a 33-year-old, a Muay Thai coach, stepped in to save the day. And how much worse can things get for a criminal, then having to deal with a martial arts pro?

In Big Apple Park in Manhattan, New York, a man was trying to grab a baby from inside of a stroller from a woman who was also holding another child. Kemsley had happened to be in Madison Square Park, and immediately tackled the man to the ground, putting him in a hold. As he was holding the perp, Kemsley explained that although the man was wanting to fight back, he realized that the man was also unwell. The kidnapper, at one point while Kemsley was holding him, appeared to think he was speaking to President Barack Obama in the White House.

The cellphone video showed Kemsley intervening and restraining the man. Nevertheless, Kemsley, although a jiu jitsu pro, “worried about passing out and losing [his] grip,” for the 15 minutes he was restraining the man. He told the Post, “I was trying to get him away from the mother, and let her get away to safety … But toward the end of it, I was also trying to keep the guy safe from the mob.”

Kemsley also explained using his martial arts skills saying on social media, “Here’s the thing, I don’t enjoy jiujitsu, I don’t think training is particularly fun, but I have a lot of respect for it as it is absolutely essential in a street fight and self-defense. I’d like to point out that when it comes to community security, that smashing someone should not be the priority. We’re not supposed to show up with sticks and start beating people. The priority should always be to defuse the situation safely and as non violently as possible so we do not escalate the situation.”

According to Fox News, the baby-snatching man was reportedly an emotionally disturbed person and was taken to Bellevue hospital for a psychiatric evaluation by NYPD. Of course, reservations regarding the coronavirus pandemic came about, but Kemsley said a bystander gave him some hand sanitizer that he, “used in one shot.”