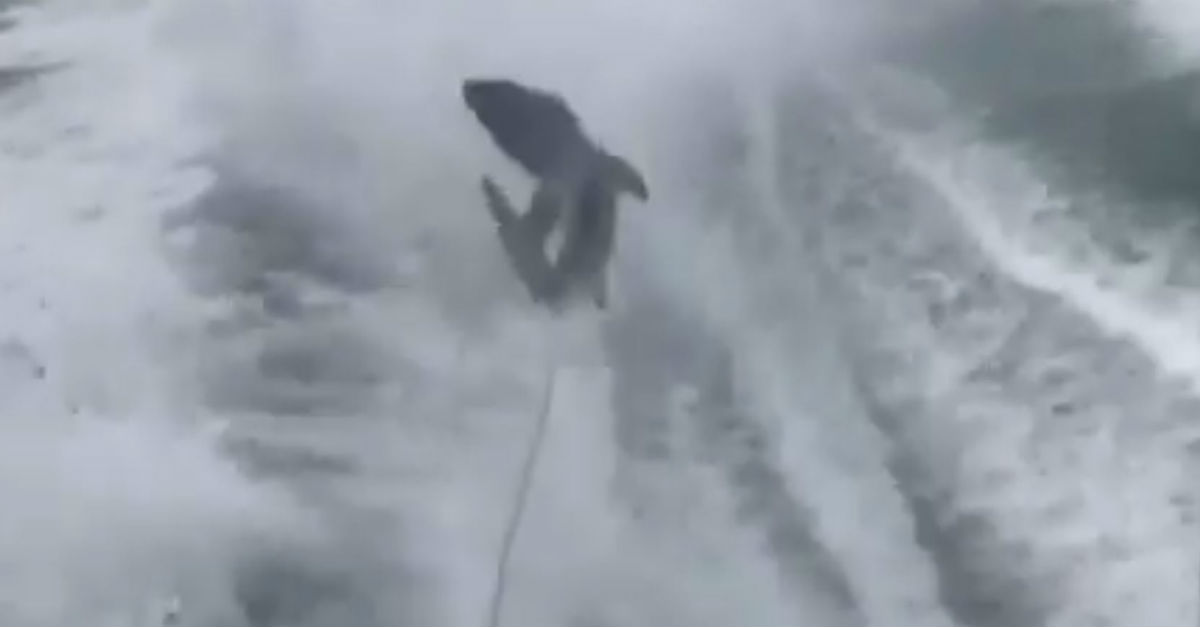 It doesn’t look like the three men who filmed themselves dragging a shark behind their boat at high speeds are going to be confessing to the crime anytime soon.

Attorneys for Robert Lee Benac, 28, Spencer Heintz, 23 and Michael Wenzel, 21 ? who did not appear in court themselves on Wednesday ? entered not guilty pleas to aggravated animal cruelty on behalf of their clients. Wenzel and Benac also face the charge of using illegal means to grab a shark, which their lawyers pleaded not guilty to as well.

The horrifying video made its rounds online last year, and it shows the men laughing as they drag the helpless animal behind them at high speeds causing it to bounce on the water. At one point, one of the men points at the shark and says, “Look, it?s already almost dead.”

RELATED: The men behind an extremely cruel shark dragging video that shocked many have gotten some bad news

CAN SOMEONE PLEASE TELL ME WTF IS GOING ON HERE ???? JUST GOT THIS ON MY FEED ! SENT FROM @bearjew428 AND @MICHAELWENZEL .FOR ONCE I MAY HAVE TO AGREE WITH @PETA. #WHODOESTHISSHIT #sowrong #notcool

Eric Hovland, associate curator of the Florida Aquarium, has referred to the cruel act as “animal lynching.”

“It’s flipping and tossing around,” he said of the shark in the video. “It looks like it?s even been roped by the tail. I mean this just wasn?t hooked on a line and accidentally dragged. This was purposeful and tragic.”

Soon after the video when viral, Florida wildlife officials launched an investigation into the incident, and the three men were arrested and charged in December. They are all out of custody after posting bond, and their depositions are scheduled for March 6.

RELATED: A cruel and heartless video of men dragging a shark behind a boat has outraged the fishing community