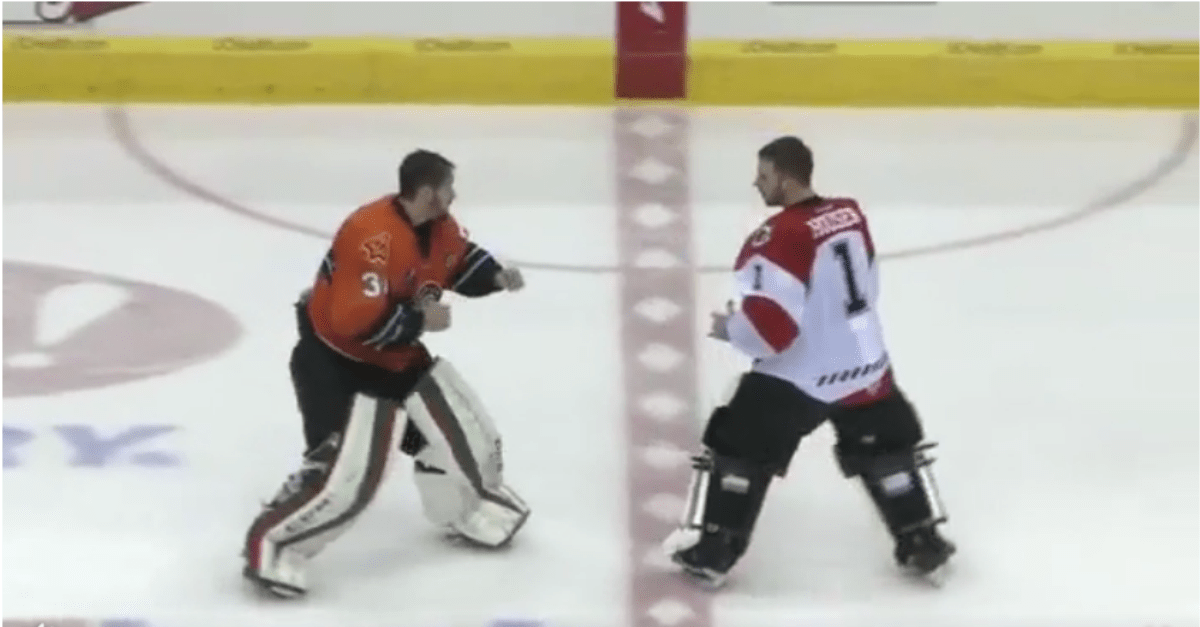 Hockey fights are anything but rare, but the fight that brakes out in this ECHL game between the Cincinnati Cyclones and the Quad City Mallards is not a typical one. Via Barstool Sports, when Mallard goalie Adam Vay goes after a Cyclone player, a referee is able to remove him from the ensuing scuffle. As Vay skates away, he is challenged at center ice by Cyclones goalie Michael Houser.

RELATED: When a kangaroo started messing with this man?s dog, he took matters into his own hands

The crowd and announcer get hyped up for a rare goalie fight as the two square off, and Vay connects on his first punch and sends Houser to the ice. After the quick resolution, Vay then checks on his fallen foe.

The ECHL is a AA hockey league with 27 teams across the United States and Canada.