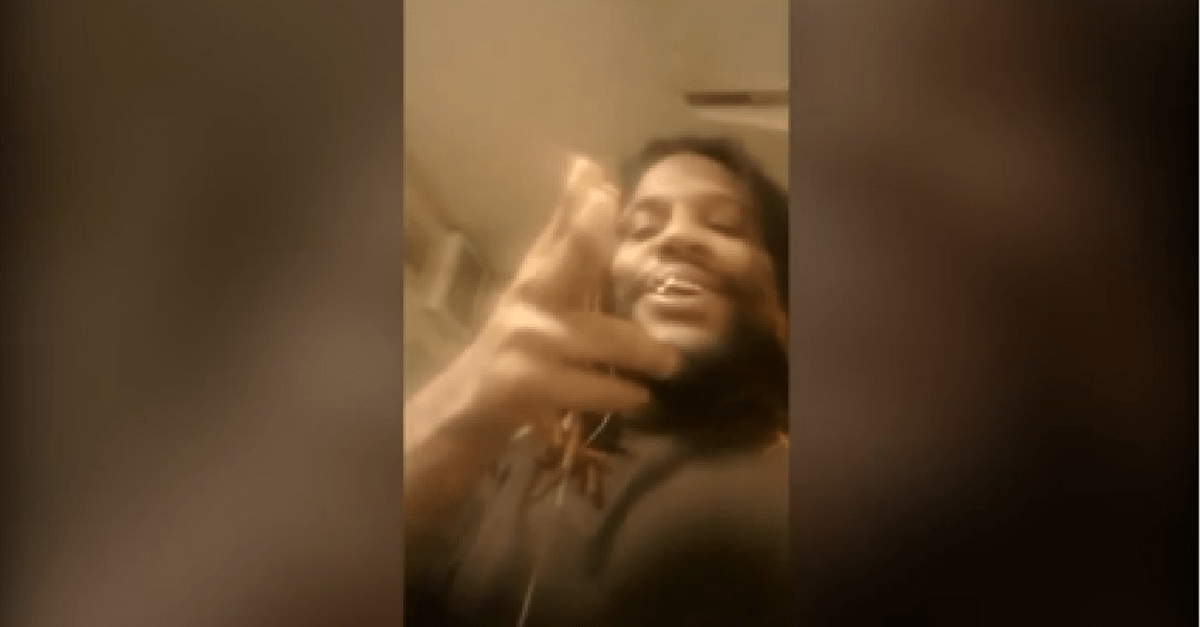 Joseph Fletcher, 30, is set to be released from prison this May, but that could change after the shocking confession he appeared to make during a 49-minute, not yet deleted Facebook Live session.

Fletcher, who is serving a 39-month sentence for a weapons charge, somehow smuggled a cell phone into his prison cell, launched the broadcast and seemingly confessed to the 2010 murder of LaDonte (Tay) Smith, who was shot to death inside a car.

“If it wasn’t for Champy I’d have a life sentence right now,” he said, referring to Anthony “Champy” Smart, who pleaded guilty to voluntary manslaughter in relation to the incident.

Later on in the broadcast, Fletcher pointed his fingers in the shape of a gun and said, “I did it….everybody know I did it….I love Tay…..A situation presented itself…you can’t be mad,” before telling a viewer off-screen, “You ain’t going to do nothing about it.”

Smith’s grieving mother, who has doubts about her son’s convicted killer, caught wind of the shocking video.

“It really hurt me,” Lashoane Andrus said. “I sat at the table for like a half hour just sitting there, just staring, just watching the video over and over again because my thing is I can’t understand how you said you did it and in the same breath turn around and say, ‘I love ‘Tay.'”

She went on to question how a federal inmate got access to a cell phone and was able to pull off such a lengthy Facebook Live.

“He runs Akron. Like everybody is supposed to be scared of him, including Akron police. It’s like nobody can do anything to him,” she said. “It’s not a joke to you, is it? It’s not. It’s not at all; in fact, I was actually going to call the federal prison today and find out how he got that phone, but I had heard they got it already so I’m sure it’s under investigation now.”

Akron police have not commented on the video, but are aware of its existence. As of Tuesday, the Federal Bureau of Prisons could not explain how Fletcher obtained the cell phone.