Two brothers decided to take justice into their own hands at an Ohio courtroom, after physically lunging and beating the crap out of a man during his sentencing hearing, who was convicted of murdering their mother. The dramatic video shows, 62-year-old Dale Williams about to be sentenced for shooting down 46-year-old Elizabeth Pledger-Stewart two years ago. Williams plead guilty to aggravated murder after the incident.

The victim’s daughter was about to make a statement inside the Mahoning County courtroom when her brother suddenly lunged at the accused murderer and knocked him to the floor. This man had no remorse whatsoever and even began to drag Williams out of a chair. Another brother then follows along and jumps over the railing, and was immediately tased by deputies who desperately tried to stop them from kicking and hitting the handcuffed defendant.

As expected, both brothers were arrested and William sentence was postponed and was taken to the hospital to be checked out by doctors. Both brothers will serve 30 days in jail for contempt of court. Williams could be facing a sentence of 23 years to life. Back in June 15, 2017, Williams rear-ended the Ohio mother’s car near Indianola Avenue. When the woman got out of her car he proceeded to shoot her in broad daylight emptying his weapon.

Youngstown police officers arrived at the scene where Williams quickly surrender to authorities. The night before the murder the woman was said to have filed a report with Boardman Police Department saying Williams was angry and had threatened to “catch her in the street.”

Honestly, I really don’t see what the problem is here. These men have all the right to kick their mother’s killer. He confessed to murdering an innocent life, and hearing how he did it must have triggered these men to a certain degree. It’s their mother, they just want justice for her. But I do have to admit that that brawl was definitely brutal. They were going for one thing and one thing only. 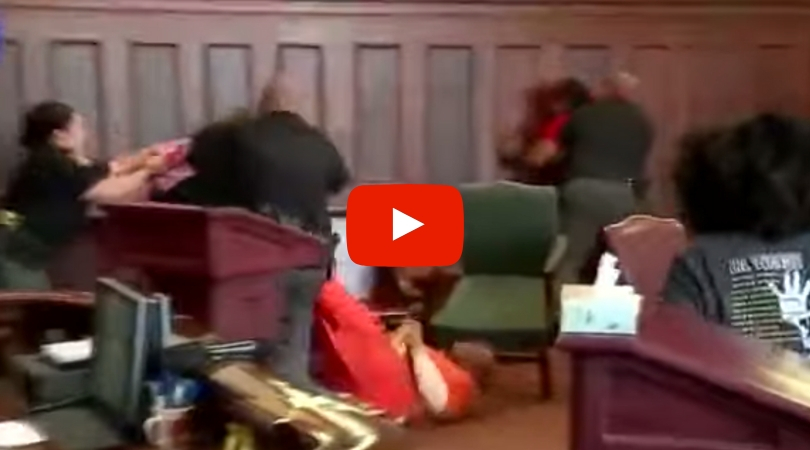