Naked Woman Running From Cop Through College Campus Gets Tasered, Eats it Hard 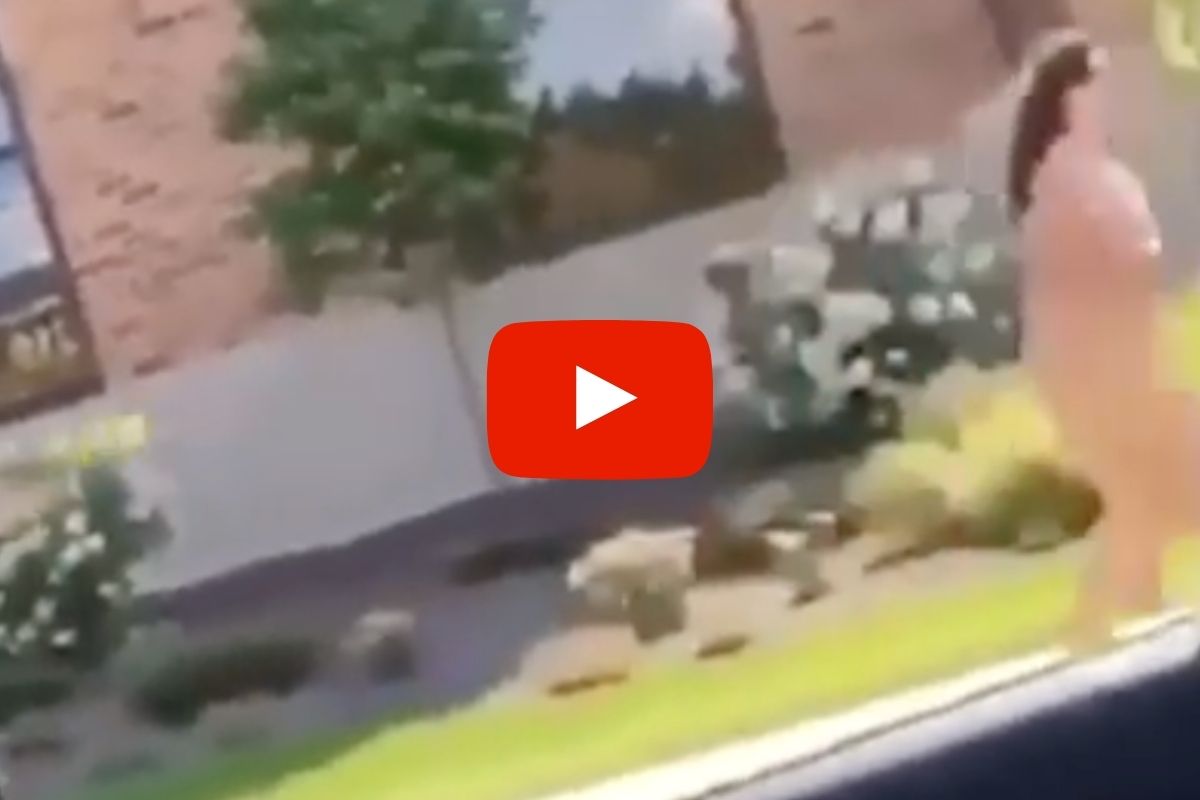 A woman running naked through or near campus at the University of Missouri in Columbia, MO while being pursued and ultimately tasered by a police officer was captured on a video that is now making the rounds on the internet.

Almost nothing is known about the circumstances behind the video aside from that the woman in it is naked and in public — which is presumably some degree of illegal in Columbia — and that she does not want to face the consequences that come with her nakedly illegal actions. (Fair enough.)

A few things about this video:

1. This woman is naked. Not topless. Not streaking. Naked. Did the police raid her house while she was showering and she just stiff-armed her way out onto the street before getting taken down? This is what an LSD bust at a nudist colony looks like.

2. Come on, officer, did you really need to taser this woman? She was absolutely not going to make an escape here. This feels unnecessary. A good shove would’ve had her on the ground. I’m sure using a taser is super fun and yeah, I guess maybe you could have some back issues or something that we don’t know about that would make you want to avoid grappling with a suspect, but still. She clearly wasn’t armed or dangerous.

3. The entire front of this woman’s body has got to be one big scrape. She eats it so, so hard after riding that cop’s lightning. Every rewatch (I’ve lost count at how many by this point) is more painful than the last. This was a full body shutdown coupled with her momentum throwing her face-first into the concrete.

Unless this woman had a brick of heroin in her car, or ten kids locked in her basement or something, I’d say she has already more than paid for whatever measly misdemeanor she committed.

Editors Note: This article was originally published on August 28, 2019.