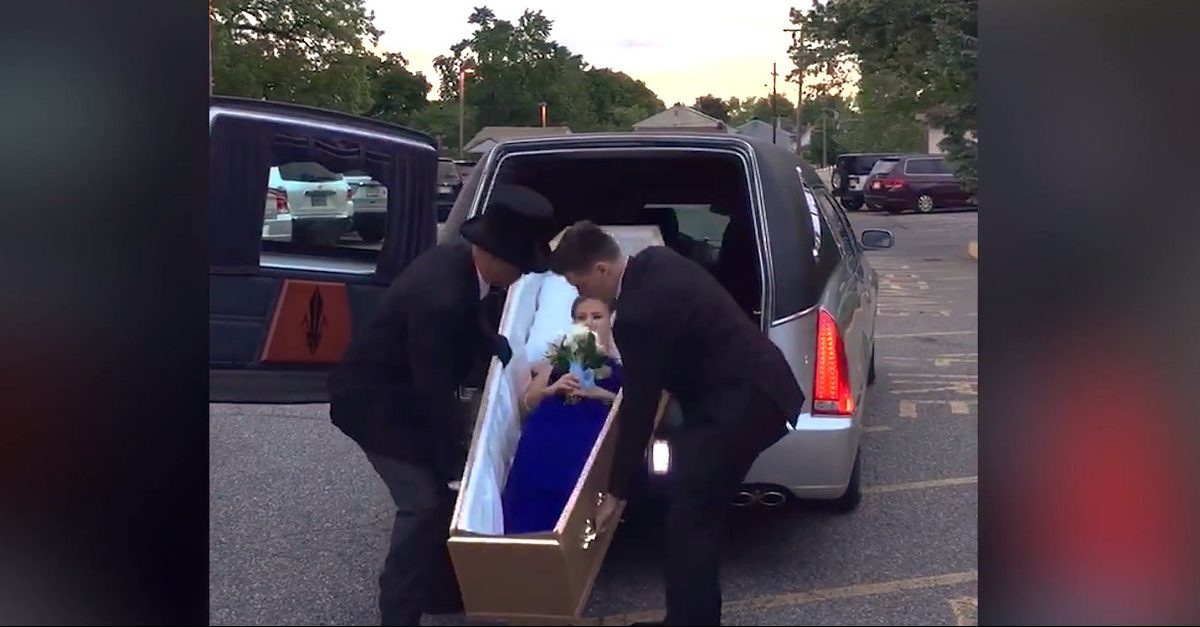 Most spring for a limo or drive themselves — not Megan Flaherty.

The 17-year-old student at Pennsauken High School elected to arrive to her prom in a hearse, chauffeured by her date and a family friend.

RELATED: You won’t believe what this Indianapolis woman is making from old wedding gowns

In video posted by NJ.com, Flaherty’s hearse pulls up, her coffin is slowly pulled from the vehicle and placed upright, and she steps out with a big grin on her face.

It’s something to see.

That family friend, Dennis McGee, is a funeral director. He helped arrange the whole thing — and Megan tells NJ.com that she hopes to follow in his footsteps. According to Flaherty, she’s known “for about a year and a half” that she wanted to get into the business of burying the dead.

In fact, after her high school graduation, she plans to attend the Funeral Services program at Mercer County Community College. Her mother, Susan Flaherty, says the family has always had a flair for the dramatic (they’re Mummers) and that her daughter’s chosen career path is a fine one — “an honorable thing and an honorable way to make a living.”

It makes for a hell of an entrance, too.