New video has emerged that shows events leading up to the fatal shooting of a man, identified by the Daily Mail as 27-year-old Dillan Tabaras, by police in Huntington Beach, Calif.

Tabaras was shot by police Friday morning around 9:30 a.m. and later died at a local hospital. The first video of his shooting only depicted the seven shots fired by a Huntington Beach police officer, who has not been named at this time.

New video shows that Tabaras and the unnamed officer had a lengthy physical exchange, one that saw the officer fire his Taser, according to the New York Daily News. Tabaras appears to throw the first punch at the officer.

“Clearly this person attacked our police officer, and I don’t think that there’s any way an officer is expected to not defend them self and that includes a lethal force at times,” said Huntington Police Chief Robert Handy in a press conference on Friday.

This was the seventh officer-involved shooting in Huntington Beach this year, the highest total for a year this decade, according to the Los Angeles Times.

RELATED: Graphic video shows a cop shooting a man seven times after a struggle — here’s what we know

The new footage is below. It contains disturbing content, so viewer discretion is advised. 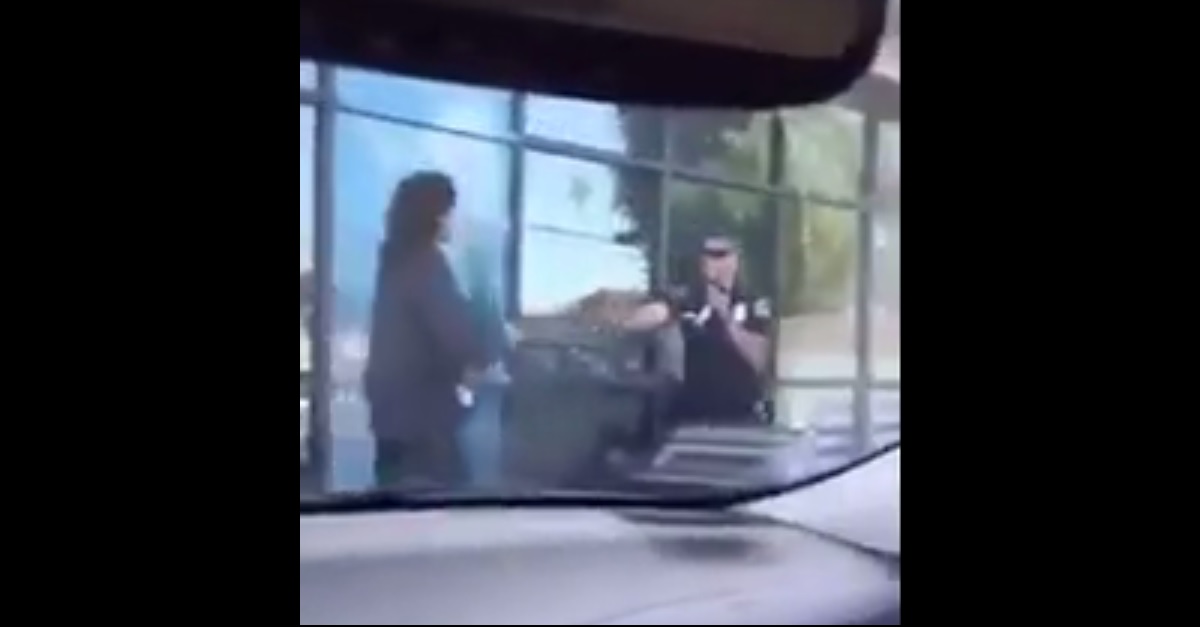