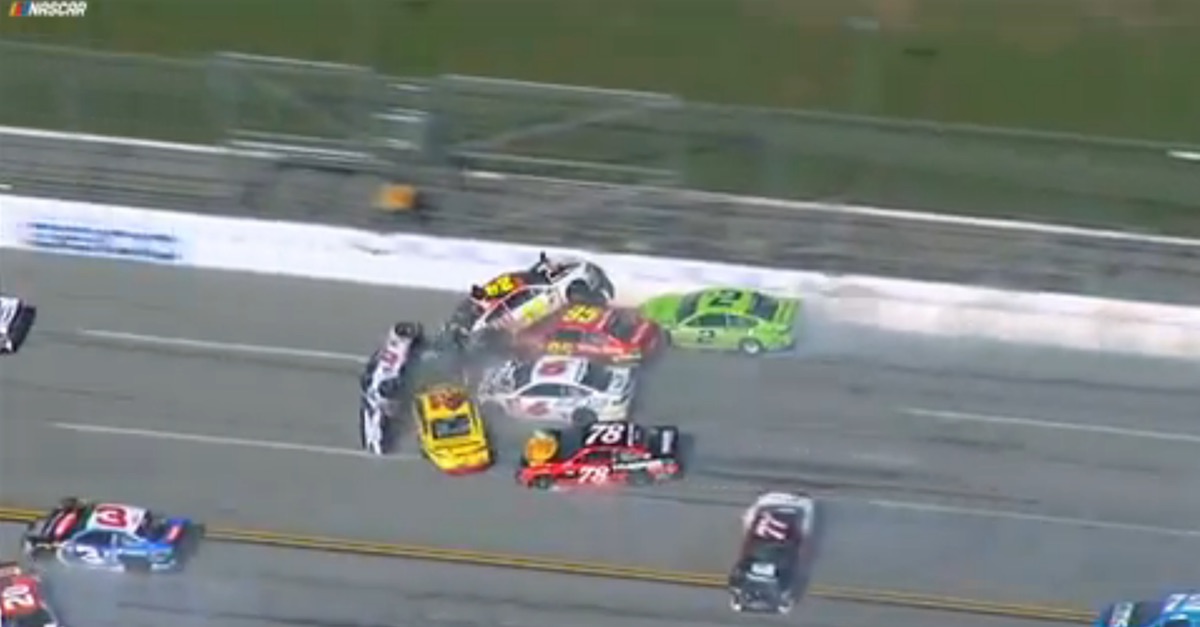 Things got interesting really quick Sunday at Talladega Superspeedway in Alabama when AJ Allmendinger bumped Chase Elliot during Lap 169 of the Geico 500 and set off a chain reaction involving at least 16 cars.

It was a “Big One” and it’s even more jarring in slow motion.

The red flag is still out for The Big One.

This is how Allmendinger’s car ended up.

The end result of the "Big One." @AJDinger went for a wild ride. #NASCAR #GEICO500 pic.twitter.com/yBgZ6jy6py

As you can see, the soon-to-be-retired Dale Earnhardt Jr. barely missed getting involved.

And how do you feel about that, sir?

As USA Today noted, Elliott initially accepted blame for the multi-car wreck but was told Allmendinger was at fault, and Allmendinger later passed that blame to Kevin Harvick.

No drivers were injured.