No fish tale: Watch fishermen unload an absurd number of turtles from their catch’s belly 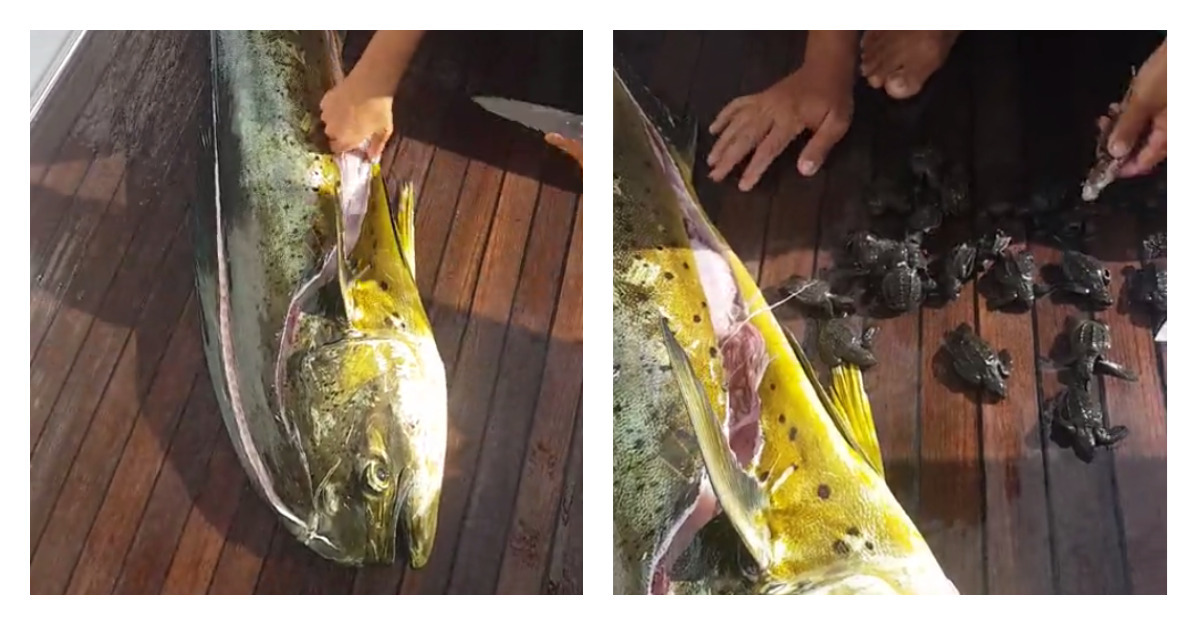 A group of fishermen in Costa Rica didn’t have to make up fish tales about their catch after they discovered 32 baby turtles in the stomach of the Mahi Mahi they brought on board.

The fish are known to eat just about anything they come across, including jellyfish and all kinds of other sea creatures, even crabs. They love warm water, so it’s not uncommon to find them hanging out in the gulf stream — the same current of warm water that attracts sea turtles.

Even though the two creatures hang around in the same areas, the fishermen had to be surprised to find this many turtles in the belly of the Mahi Mahi (which are also called dolphin fish). This appears to be a pretty big specimen as well, considering it’s unusual to bring in one of these guys weighing more than 35 pounds.

RELATED: Cops weren’t prepared when a toll-dodging deer decided to prance along a bridge for free