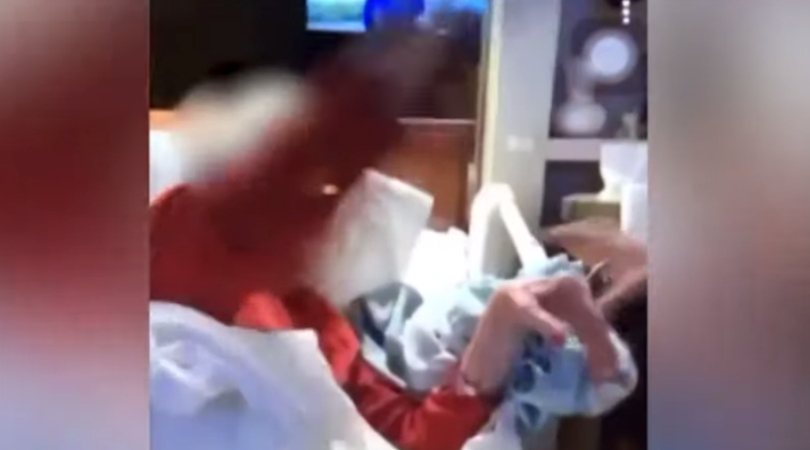 A devastating and disturbing video shows an elderly woman going through taunting by nursing home workers in Glenview. The allegations of abuse come from a video that was posted on Snapchat by the workers and quickly made its rounds on social media. A lawsuit has now been filed accusing the Abington of Glenview nursing home, located 20 miles northwest of Chicago, of abuse.

91-year-old Margaret Collins suffers from dementia and does not like hospital gowns, preferring to wear her own clothes. The staff at the assisted living facility knew that she was uncomfortable with them, but they allegedly used it as fuel to taunt and terrorize her. The Snapchat video was taken on December 2018, which ended with nursing assistants Brayan Cortez and Jamie Montesa arrested on misdemeanor charges.

In the video, you can see Cortez waving hospital gown at the nursing home resident, as Montesa, his girlfriend and coworker at the time, filmed him. The caption on the video reads, “Margaret hates gowns,” with two laughing emojis. The video clearly shows the man waving the gown while she waved her hands in fear. Cortez admitted to police that it was an “ongoing inside joke.”

Margaret Battersby Black of the Levin & Perconti law firm filed the lawsuit on behalf of Collins. Family members are reportedly suing the nursing home, its parent company, and the two former employees for more than $1 million in damages due to the mistreatment. The lawsuit accused the Abington of violating the Nursing Home Care Act, the Health Insurance Portability and Accountability Act of 1996 (HIPAA), and state privacy laws.

Joan Biebel, Collins’ daughter, was disappointed and hurt by the alleged abuse, stating, ?If they were in her room, they should have been there for a reason ? to help her, assist her ? not to exploit her and threaten her and demean her and post it on social media.”

The Illinois Department of Public Health determined that Abington failed to implement its “abuse prevention policy,” which resulted in Collins feeling “degradation and shame.” The Abington released as a statement, assuring that two employees were immediately terminated when it was determined that they both violated their standards and policies. The two former nursing assistants will be in court later this month. Collins has since been moved to another facility.

Editor’s note: This article was originally published on August 12, 2019.