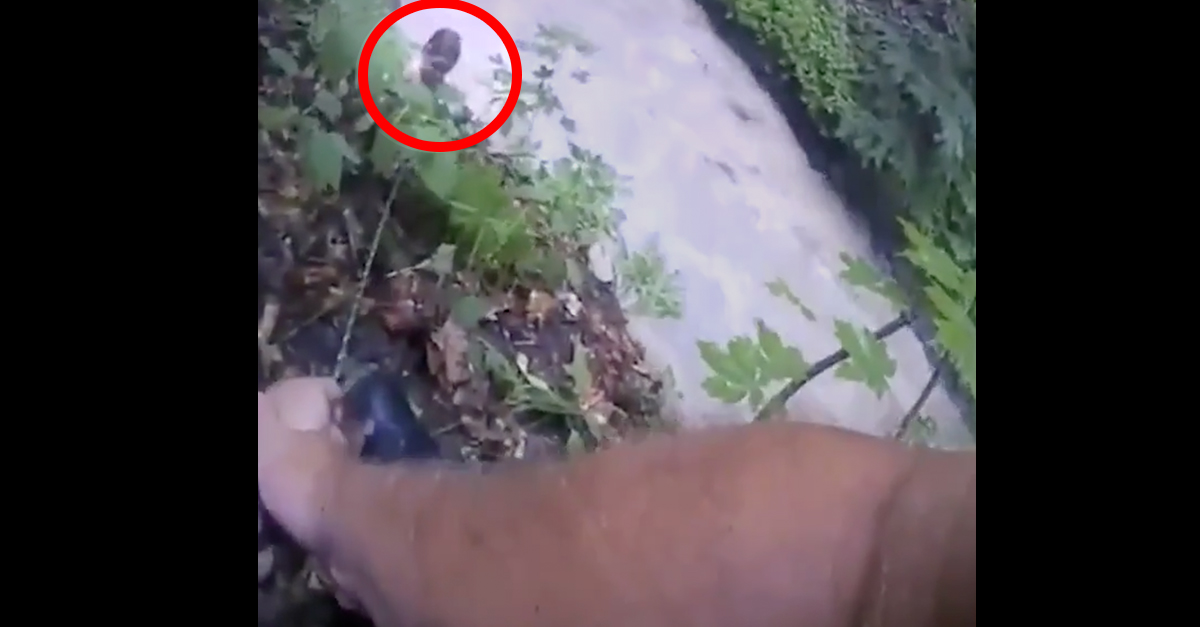 An Ohio police officer is being hailed as a hero for saving an 8-year-old girl from a flash flood by pulling her to safety with a rope as the raging waters tried to rip her away.

Walton Hills, Ohio Police Officer Tom Cercek was called to an emergency at the Walton Hills Metroparks on Tuesday afternoon. An 8-year-old girl, who had gone swimming with her family shortly before 2:30 p.m., had become separated from her family when the rushing floodwaters hit unexpectedly. Stuck on the opposite side of her family, it was up to Officer Cercek to pull the girl to safety. The entire ordeal was captured by Officer Cercek’s bodycam.

'OH MY GOD, THANK YOU': An Ohio police officer performs a dramatic rescue of an 8-year-old girl trapped after flash flooding. https://t.co/UXD01tgGQe pic.twitter.com/CyqdcuOGoF

According to local news outlets, no injuries were reported from the incident.

1. What a set of badasses. Let’s start with the girl. She’s a tiny 8-year-old girl being consumed by a literal force of nature. She could have gone into shock or frozen up. It would be understandable for an adult to do that. But she didn’t. She kept her wits about her enough to yell for help and then grab onto the rope and help pull herself out.

And then still managed to be polite and thank the cop instead of scream all two expletives that she probably knows.

Watch: Woman Throws Shoebox at Employee’s Head for Being Asked to Wear Mask in Store