In the latest episode of “Employees Behaving Badly,” a woman who was the general manager of a pizza buffet in Woodhaven, Mich., can be seen in a video posted Saturday taking her shirt off, jumping on a bar at the establishment and pulling that shirt back and forth between her legs for reasons unknown.

And just one day after these videos were filmed and posted on Facebook, Stevi B’s Pizza Buffet is shutting down. The news seems pretty upsetting to the people of Woodhaven.

There were two videos filmed of this unnamed employee and another one in the background not caring.

The second one, at the top of the story, shows the manager taking her shirt off and dancing.

Although the employees were immediately fired, the restaurant announced Sunday that it would be closing its doors on Thursday. If we take the company’s statement at its word —  “the restaurant will unfortunately be closing later this week, which is unrelated to this recent incident” — then it’s possible that the employees were behaving this way because they already knew their days were numbered.

Also, the pizza place was reportedly closed at the time. Regardless, this is not a good look.

The company said the following in a statement, according to the News-Herald:

Stevi B’s Pizza Buffet was shocked and appalled by the behavior and videos featuring two employees of the Woodhaven, MI franchisee’s restaurant. This is an isolated incident at this location and the behavior is against everything Stevi B’s stands for in serving our guests in Michigan and across the country.

The employees in the videos were immediately terminated by the franchisee due to this incident, and the restaurant was thoroughly cleaned to meet Stevi B’s strict cleanliness and food handling standards. Additionally, the restaurant will unfortunately be closing later this week, which is unrelated to this recent incident.

The Michigan franchise is now for sale. 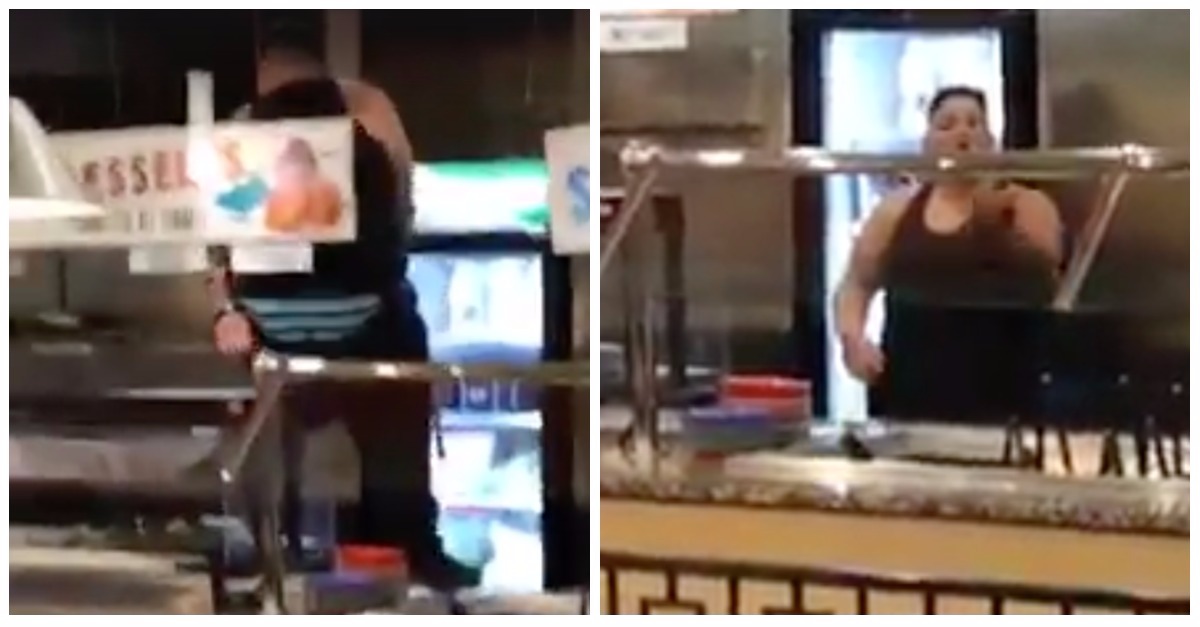