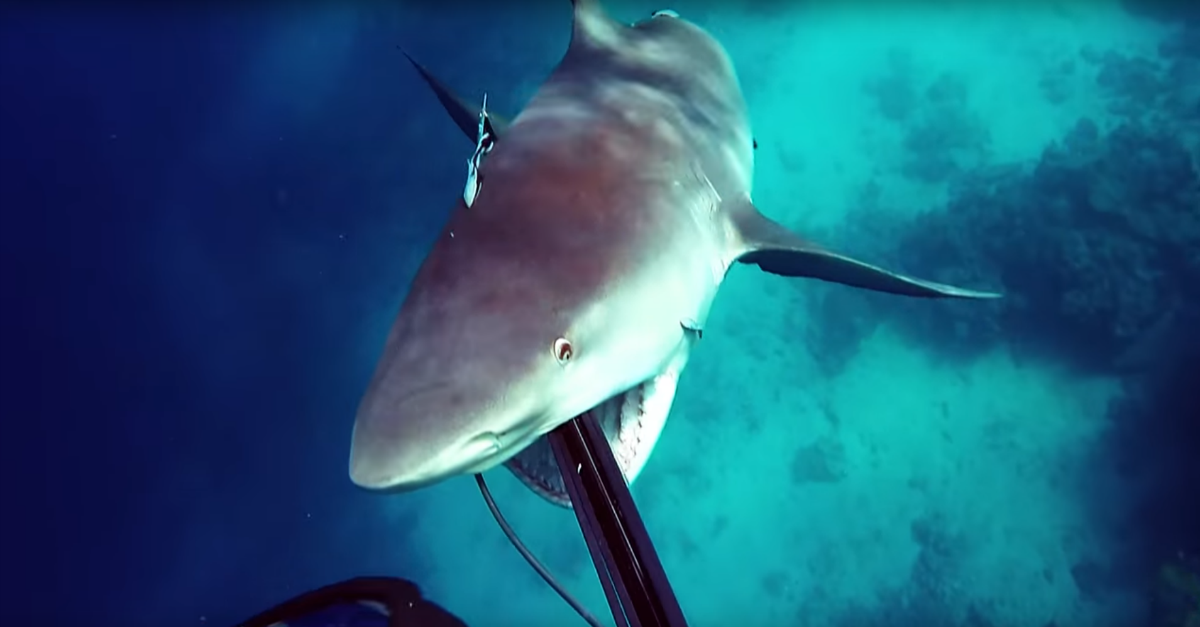 An Australian fisherman got a little more than he bargained for when he went spearfishing and a massive bull shark appeared.

The shark appeared in typical bull shark fashion — by charging the fisherman. Bull sharks generally charge their prey, and they have the highest testosterone level in the animal kingdom.

After impaling the shark on the spear, the man dropped the gun and fled.

RELATED: Insane footage of a shark getting ripped in half by a bigger shark is like nothing you’ve ever seen

The fisherman, identified as 35-year-old Danny Hendricks, told an Australian ABC network that he wasn’t worried about the shark until the last few meters when “he just went full charge.”

RELATED: You’ve never come across a shark this big, and probably don’t want to

“Swimming in deep channels, I should’ve been with someone. I had a beeper on me if there were any dramas, but it wouldn’t saved me if I’d been bitten,” Hendricks said.