A bear must have thought it was in heaven when it scored a ride atop a garbage truck in New Mexico.

The odd sighting was captured on video by volunteer firefighter Caleb Johnson, according to KOB‘s Caleb James.

The garbage truck was riding along a mountain road when the bear hitched a ride.

Johnson filmed the bear’s joyride for about two minutes before the driver was alerted about the bear. The truck was brought to a stop by a tree, which the bear climbed onto and the truck continued on its route.

No one was hurt in the incident, but multiple bear sightings in the area have residents on edge. A jogger was mauled by a bear in the area in June. 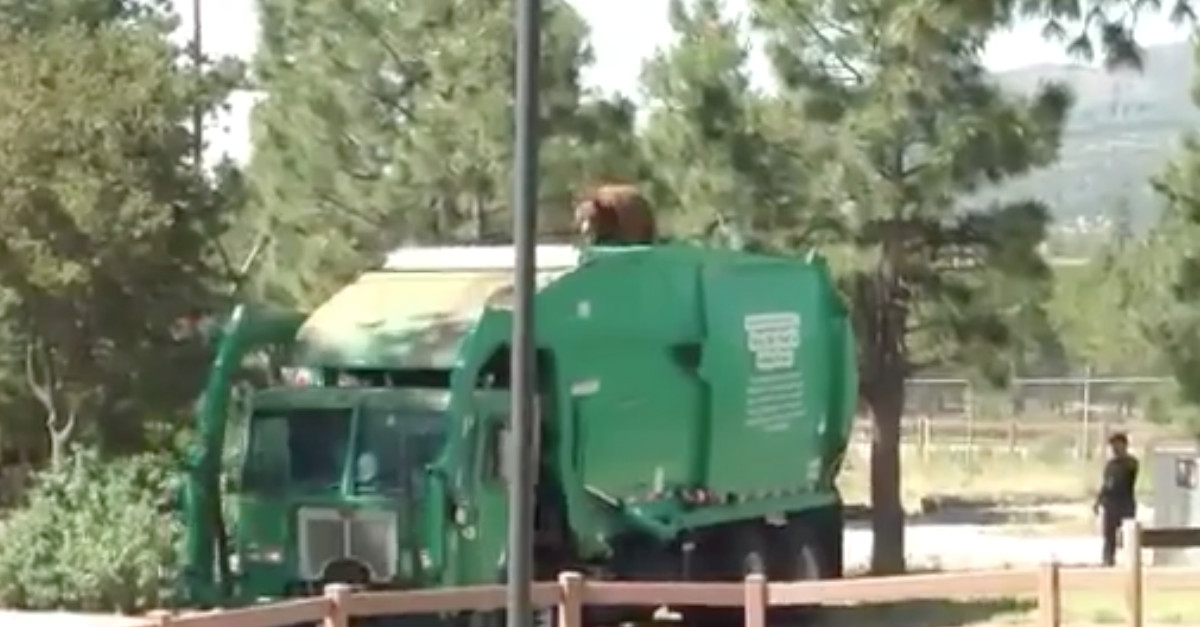