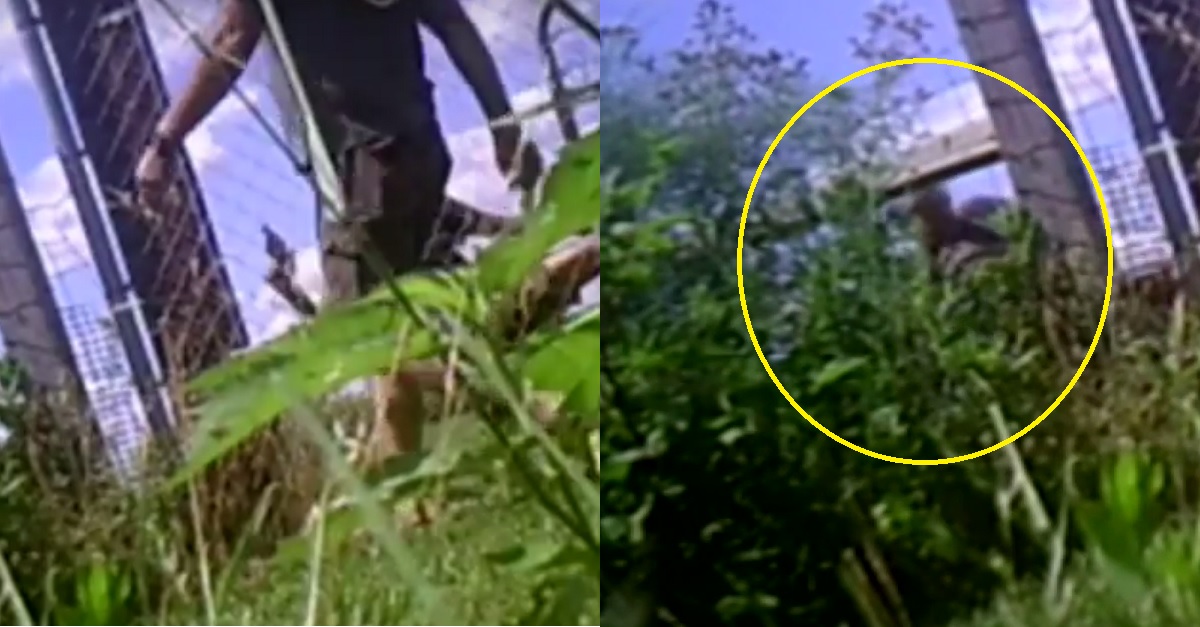 A feud between two Indiana neighbors that ended in gunfire now has a sequel: a courtroom showdown.

The Indianapolis Star reports that Indianapolis neighbors Dean Keller, 49, and Jeffrey Weigle, 59, have been feuding since at least 2007. The two have reportedly threatened each other with guns and violence in the past. In this incident caught on video back in June, the men finally used them.

RELATED: A neighbor was shocked when a boy covered in feces entered her house and ate from a pile of trash

In this security video from a camera on Keller’s property, Weigle is seen riding a lawnmower near the fence, exchanging harsh words with Keller. After Weigle drives off camera, he reverses his mower back into the frame and draws a gun. Keller, who also has his gun in his pocket, sees the weapon and draws his own.

Johnson County Prosecutor Brad Cooper will charge Weigle in the shooting, citing him as the aggressor in the incident for drawing his gun first. He has been charged with criminal recklessness with a deadly weapon, and is being held on $19,000 bond at a rehabilitation facility, according to Johnson County Sheriff Doug Cox and the Indianapolis Star.

Keller has been cleared, with prosecutors deeming his shooting an act of self-defense.

The fight started over dogs and escalated, as detailed in numerous Indianapolis police reports, to things like riding motorcycles up and down the property line late at night, baiting and capturing dogs, building and destroying fences and knife fights.