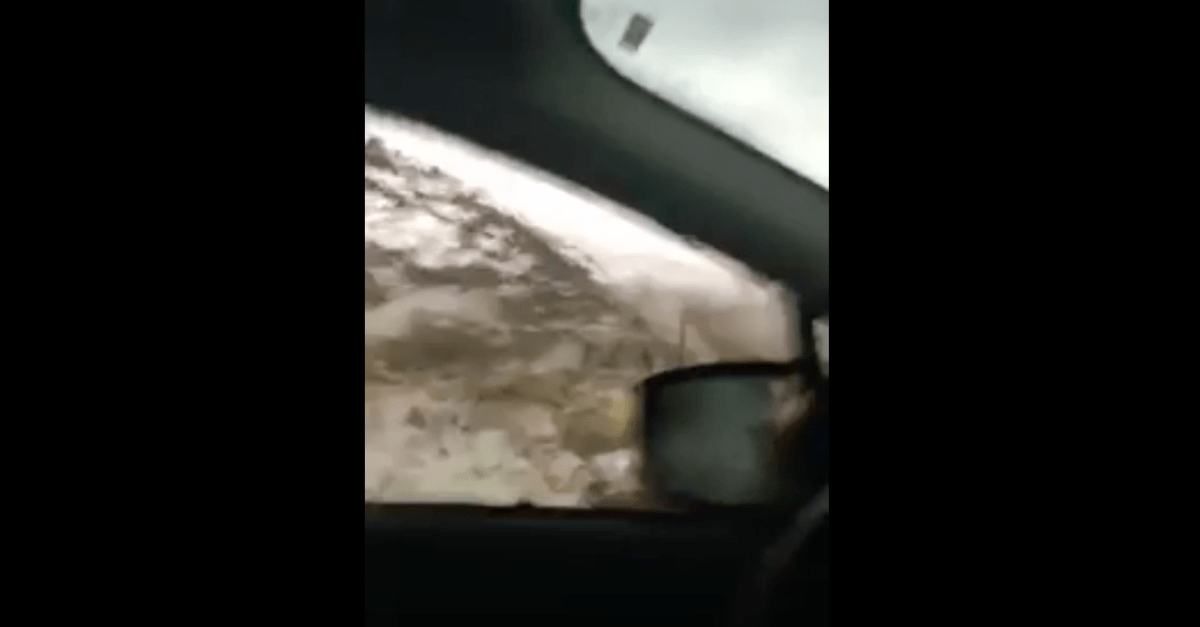 A Canadian woman found herself suddenly and helplessly trapped in the middle of a violent tornado that ravaged parts of Ontario and Quebec and caused massive power outages. Like any good citizen of the 21st Century, she took that moment of sheer terror — potentially her very last moments of life — and filmed it on her phone. “MondeStar!”

We can’t know for certain whether or not she was also contemplating the path she took in life, thinking of her loved ones, or praying to God. It’s possible. Anyone who can open their camera app and film this coherently while facing the possibility of having an errant, swirling piece of jagged telephone pole turn their face into a pile of goo is nothing if not a capable multitasker.

In truth, this video is both incredible and terrifying. This is literally what it looks and sounds like to be inside of a tornado.

Inside a Tornado at Gatineau in Québec, Canada from tornado

This woman was quite rightfully screaming hysterically throughout this video. It’s actually surprising that her screams don’t get even louder when something shatters her car window and she becomes totally exposed. Though in fairness, were that me I’d have just been gasping and peeing all over myself by that point.

This was one of a series of devastating tornadoes in Canada that touched down in the Ottawa-Gatineau metro area on the border between the provinces of Ontario and Quebec and caused extensive damage. The largest of the tornadoes was graded as an EF-3, though observers say that based on the wind speeds the tornado in the video was likely an EF-2. The Ottawa tornado destroyed homes, downed power lines, and left over a hundred thousand without power. It also sent six people to the hospital. Schools in the area were closed on Monday as the region continued to survey the tornado damage and restore power.

This story was originally published September 24, 2018.