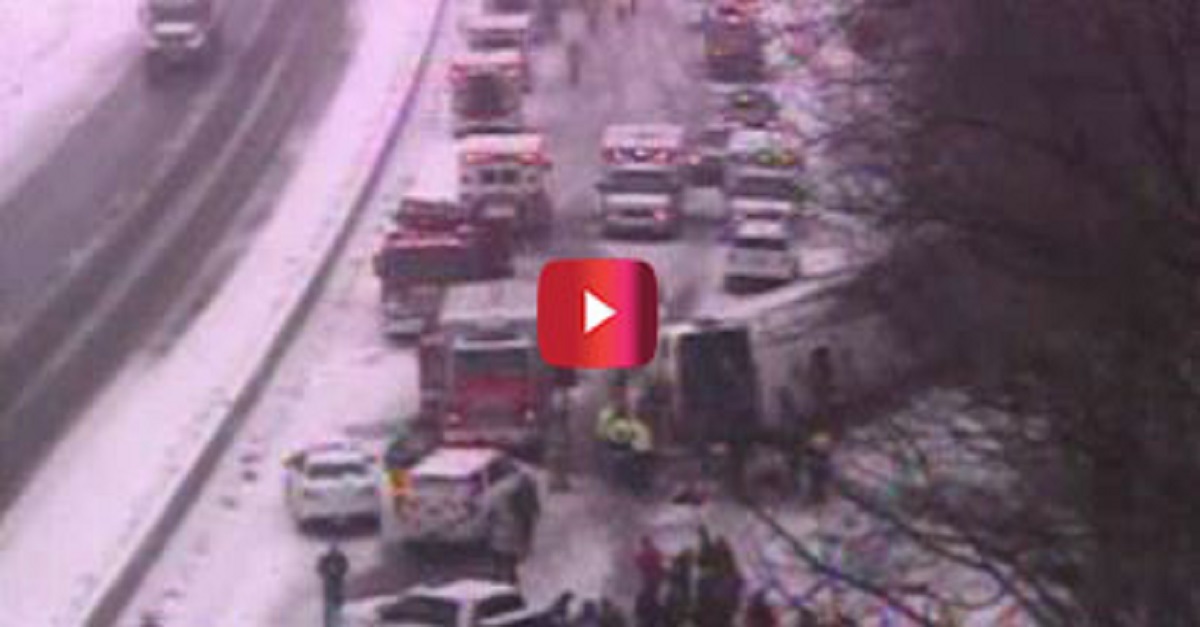 Passengers aboard a charter bus on this snow-covered highway in Connecticut were in for a nightmare Monday afternoon.

According to officials, a Dahila bus was traveling from New York City to the Mohegan Sun casino in Uncansville when it flipped over on Interstate 95, in Madison.

?We continue to monitor the situation closely and receive updates in real-time. Public safety is our top priority and our office continues to work with state agencies and emergency management officials to that end. Our thoughts are with those who are injured, and we extend our gratitude to the first responders who are working to protect the safety of all those involved. We urge all those who must travel to use added caution, allow extra time to travel, and reduce speeds as conditions warrant.?

@NicoleNalepaTV When will the snow end