Seriously, 2017 is not a good year to be an airline company’s public relations manager.

Twitter user Tommy McCullough tweeted at Delta to let them know that his father was a “good sport” after having to endure water falling into his lap the entire plane ride from Atlanta to Fort Myers, Florida.

RELATED: United Airlines reportedly kept a mom waiting while her baby overheated on a plane

About half a dozen passengers were in the same predicament as McCullough’s father, leaving the aircraft soaked.

But, at least it was just water and not a scorpion crawling about the flight!

McCullough tweeted out videos and pictures from his flight.

Hey @Delta, be glad my father is such a good sport about sitting in water for a whole flight. Water falling from ceiling onto passengers. pic.twitter.com/u3904IYKWc

Delta flight 801. I have another video too pic.twitter.com/u6ifaTNSJT

Full permission to use all content! Thank you pic.twitter.com/AgEAQjR4kz 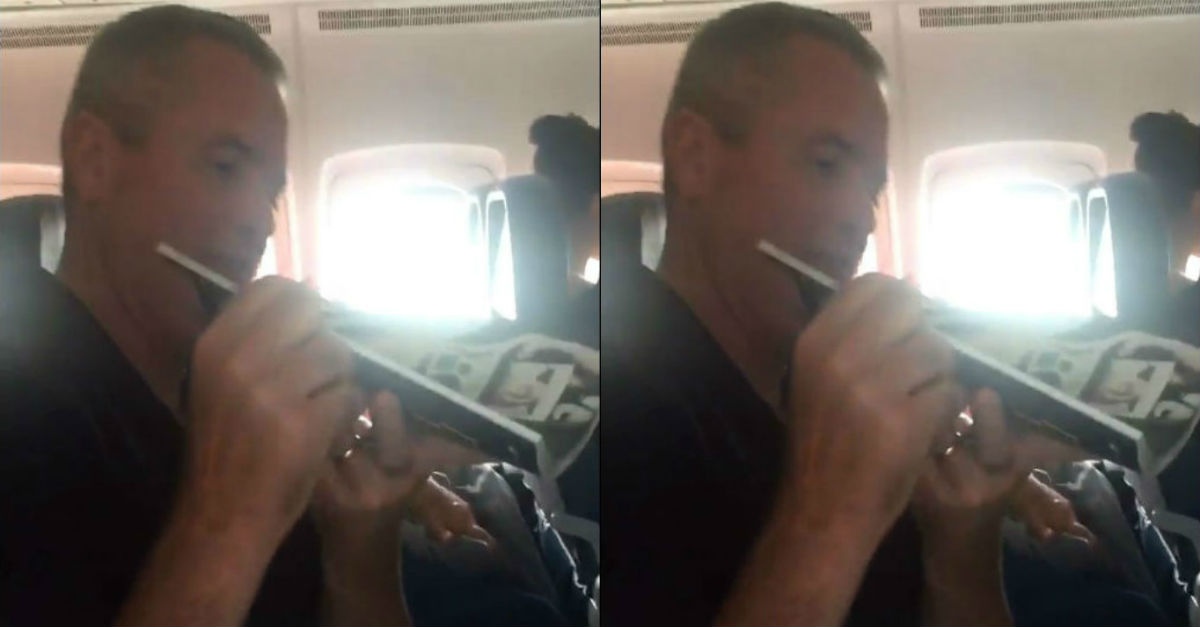