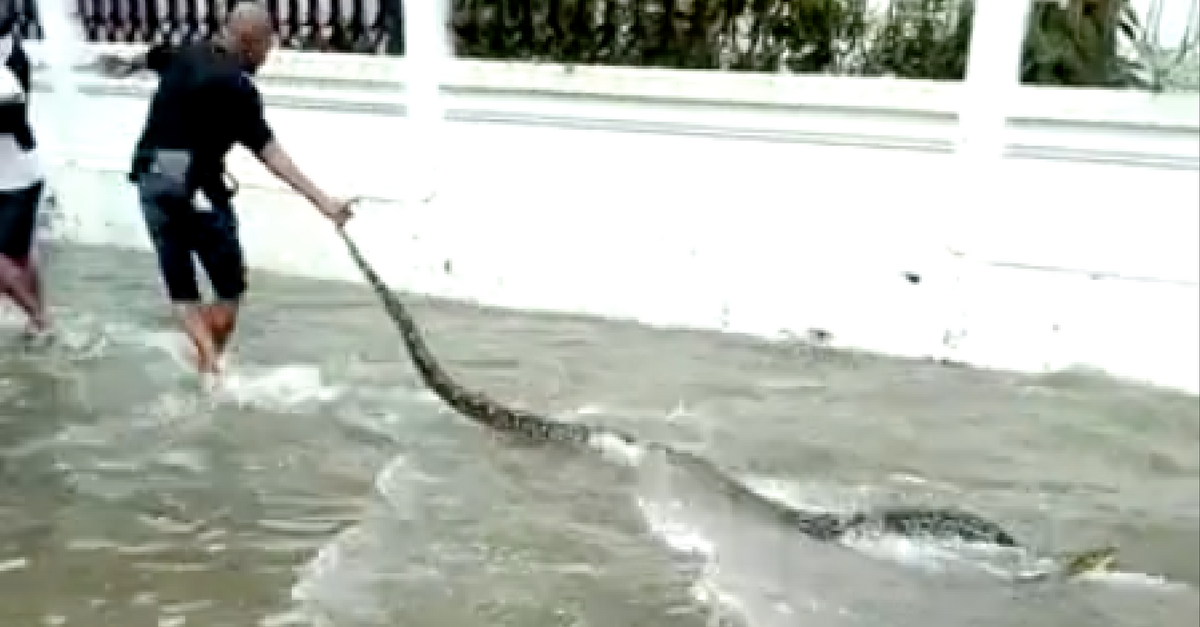 Pedestrians in Bangkok, Thailand were making their way through the city’s streets after a flood when a giant boa constrictor came swimming towards them.

In unsettling footage of the ordeal, people can be seen wading through the ankle-deep water as a man is in the midst of wrangling the huge animal. He has the beast by the tail and drags it to and fro as the animal thrashes in the water. People nearby can be heard yelling out of concern.

“A boa came out of nowhere on the flooded street,” a description for the video explains.

RELATED: A hotel housekeeper got the fright of her life with this cold-blooded discovery

The man continues to drag the snake through the street, but the animal rears its head and sends its front half swimming back towards him. The terrified man quickly lets go of the boa, leaving it free for a moment before a group of men with sticks surrounds it.

The men, however, appear to become uneasy as they approach the snake, seemingly both afraid and unsure of what the animal may do next. Eager to escape, the boa begins swimming away from the group. When the men realize it’s going in the opposite direction of the rest of the pedestrians, they decide to let it be, and the boa is soon long gone.

RELATED: Golfers stunned as a twisted battle between two deadly snakes unfolds on the course