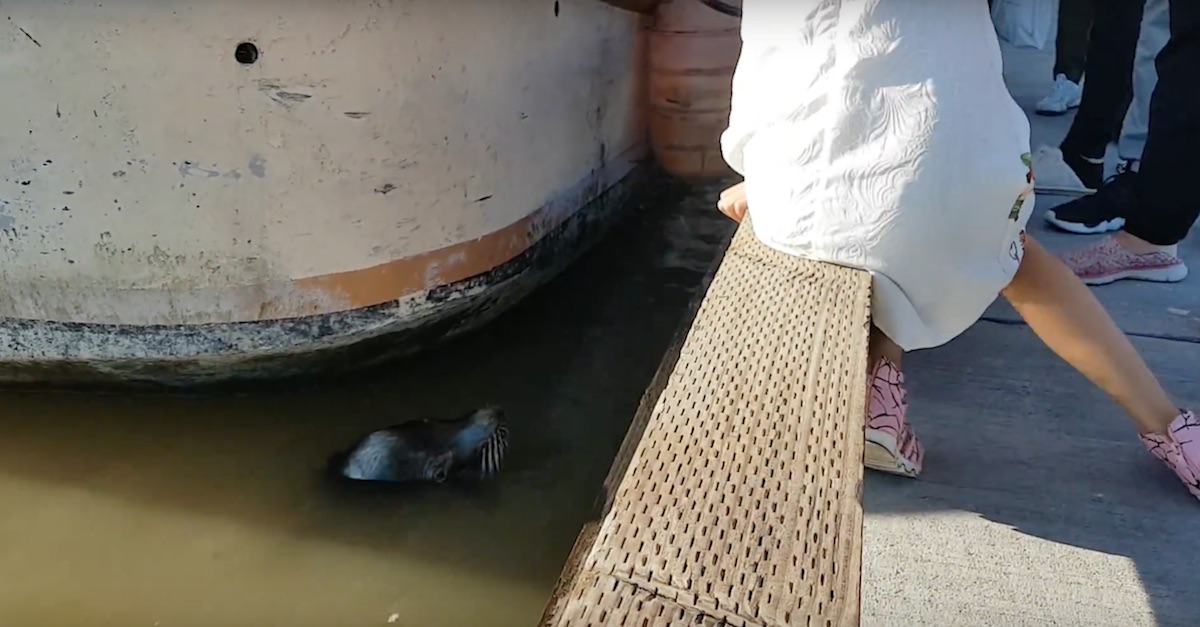 People who were clearly thrilled to see a sea lion swimming in the waters of Steveston, British Columbia, witnessed the creature pull a little girl into the water moments later at Steveston Fisherman’s Wharf.

At first, everything was lighthearted fun.

The sea lion popped its head out of the water and made a move that didn’t appear threatening.

It almost looked like it was puckering up for a kiss.

Judging by what happened next, that was not so.

The perturbed beast grabbed a little girl sitting on a ledge in pulled her into the water, to the shock of all the adults on the dock.

The video, filmed and uploaded to YouTube by Michael Fujiwara, is really something else.

Fujiwara said people started feeding the sea lion bread crumbs or some equivalent snack. He said this is where things went off the rails.

“I was just sitting by the dock, and then this sea lion popped its head out of the water just in front of me. I just took out my cell phone and started filming,” he said.

“The sea lion actually attracted a lot of attention from the visitors there, including the young girl,” he continued. “She and her family, I guess, they came, they started feeding the animal bread crumbs or whatever it was, and then I guess the animal got a little too comfortable.”

RELATED: A caffeinated camel living at Jefferson Davis’ old home is the source of a lawsuit you just can’t make up

While the girl was immediately brought to safety by a family member, you can bet that neither she nor her family will ever get this comfortable around a wild animal again.