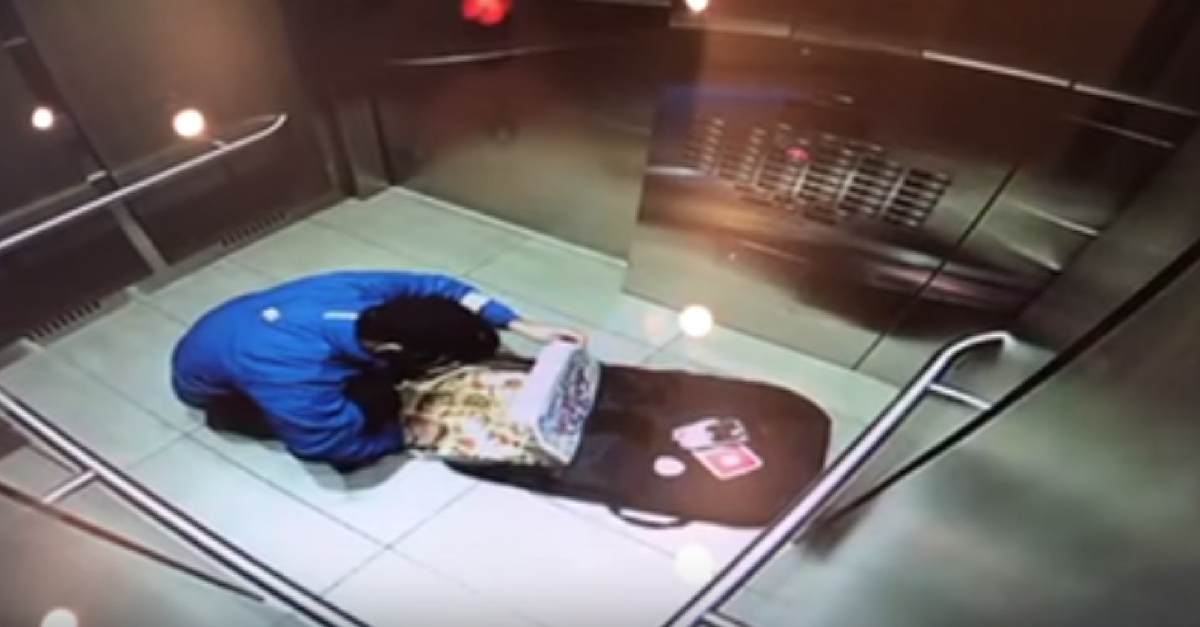 Surveillance footage from inside an elevator captured a Domino’s delivery driver in British Columbia, Canada sneaking bites of a customer’s pizza while he was on his way to deliver it.

The video shows the delivery man playing it cool until the elevator doors close. Once he is seemingly alone, he quickly crouches on the floor, opens the pizza box and begins picking toppings off of the pizza from equal parts of the pie. He proceeds to shovel handfuls of deliciousness into his mouth during the 20 seconds it took the elevator to arrive at the correct floor. Much to his dismay, however, a doorman was watching him on camera the whole time.

“I was like, ‘What the heck is going on?'” the doorman said, adding that he immediately notified the resident of the pizza culprit’s actions. “Who likes to eat used pizza, right?”

Domino’s Canada responded to the stomach-churning incident by saying they “obviously” don’t condone the employee’s behavior and announcing that he has since been fired.

“The behavior of the driver on the video is clearly unacceptable,” a spokesperson said. “The local franchisee who employs this driver has terminated him and has reached out to the customer directly to apologize.”

Vice President of Marketing Jeff Kacmarek called the ordeal “embarrassing” and “unfortunate” for the many other outstanding delivery drivers they employ.

“We have thousands of hardworking, good drivers working for us every day and providing good service to our customers,” he said.

RELATED: To have and to hold pizza? Domino’s delivers wedding registry