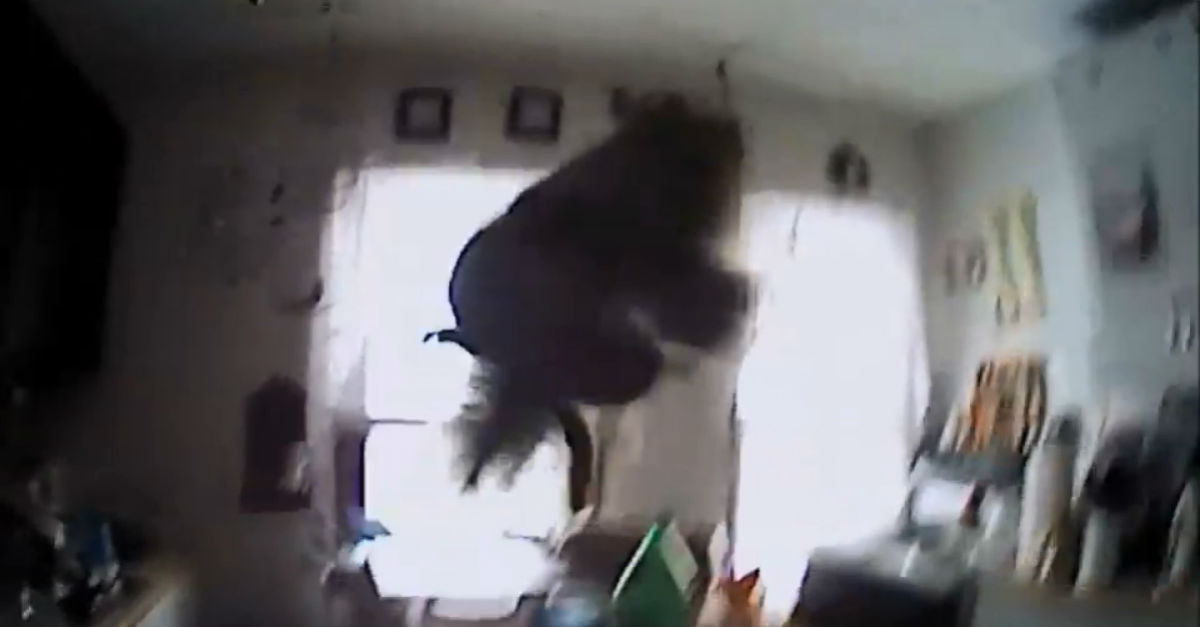 New York police officers weren’t anticipating a squirrel’s decision to evade capture, but their body cameras captured the moment it decided to run.

According to NBC 4 New York, Brockport Police Officers Sime and Dawson were called to a home after a thieving squirrel broke in and ate all of the cookies.

When the officers arrived on the scene, music could be heard blasting in the background. When they inquired about it, a woman could be heard saying that it was the squirrel’s doing.

“The squirrel turned it on?” they asked.

The crazed thief was then seen flying through the air, running on a countertop and then jumping on the nearest officer. The squirrel continued to run around until police managed to capture it.

On December 29th, 2017 Brockport Police were called to a residence for a squirrel that had broken into the house, reportedly eating cookies in the kitchen. Officers Sime and Dawson arrived on scene but were not at all expecting the warm welcome they would receive from the squirrel. The squirrel was ultimately captured by officers and released without injury. The homeowner was very relieved that their uninvited guest was set free.

This was originally posted on December 31, 2017

Watch: 5 Tips to Have Pet-Friendly Celebrations All Year Long