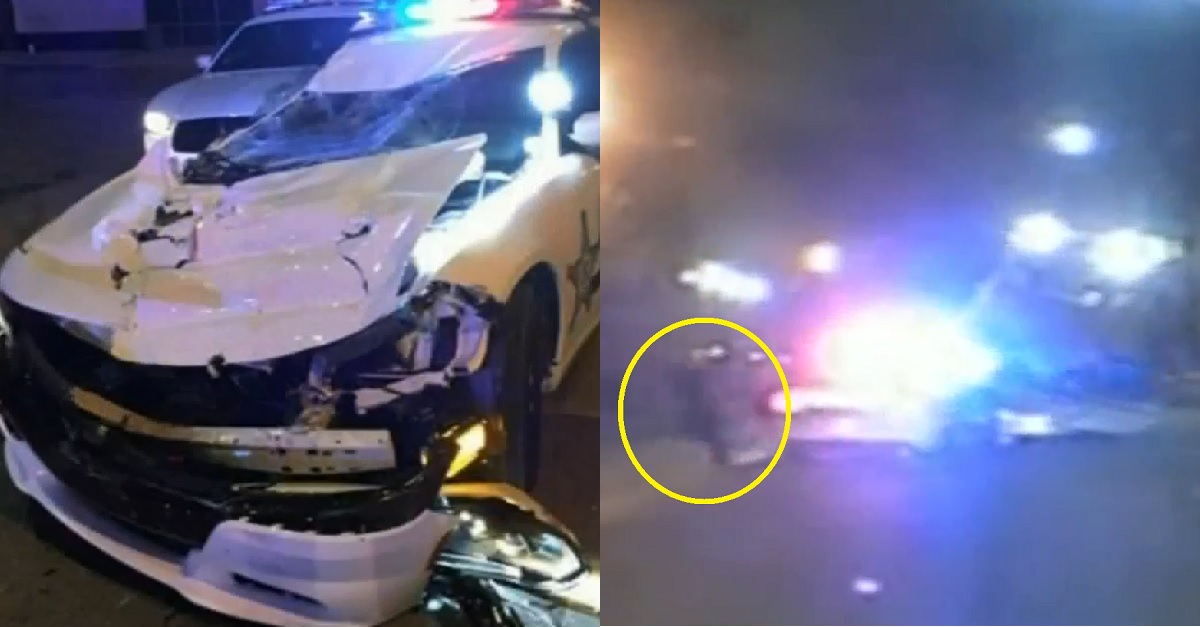 An 18-year-old Illinois man was stopped and arrested after leading police on a late-night chase in a stolen bulldozer that ended in charges of attempted murder against a police officer whose cruiser was crushed by the stolen bulldozer.

The suspect, Austin White, allegedly stole the bulldozer from a construction site in Bradley, Illinois and drove it down the streets of nearby Kankakee when a police officer intervened. The chase happened early in the morning on August 24, but police only just released dashcam footage after a FOIA request, according to ABC7 Chicago.

When the bulldozer wouldn’t stop — and backed over a police car, nearly crushing the officer inside — police knew they had a big — if slow-moving — problem.

Over 12 city blocks, police pursued the massive vehicle, finally catching up to it on foot and wrestling the driver from the vehicle. By the time it stopped, the vehicle had traveled four miles from its home.

Police charged White, who’s never even held a driver’s license, with six felony charges — including attempted murder on the police officer who was almost killed when the bulldozer ran over his cruiser.