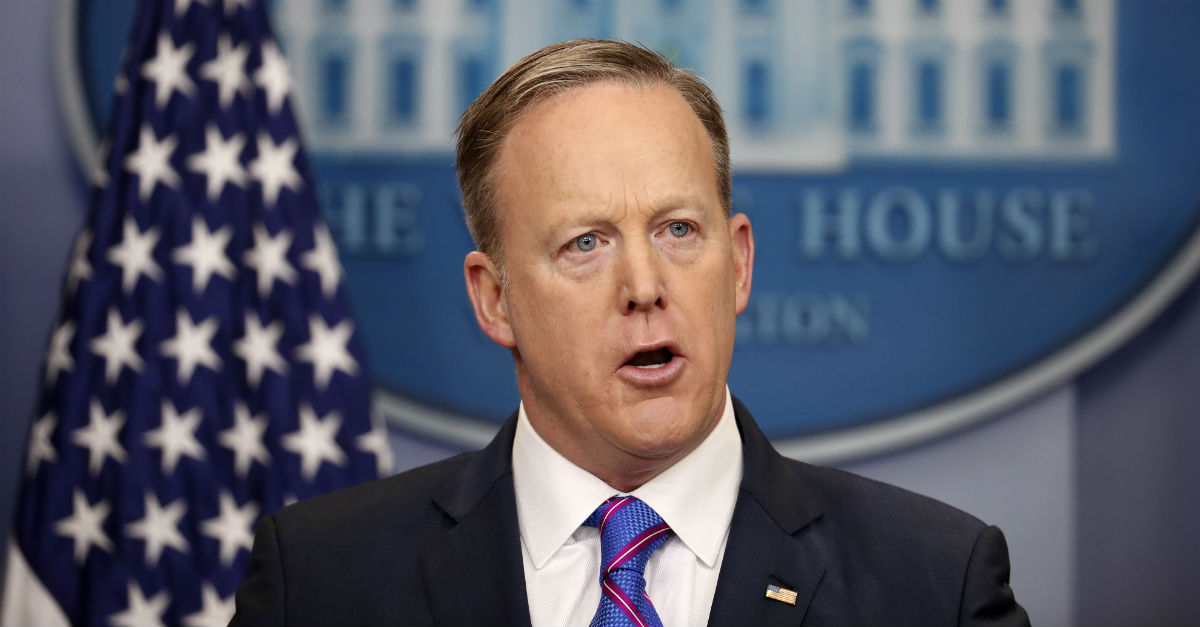 On Saturday afternoon, Press Secretary Sean Spicer did something familiar to most Americans — he stopped by his local Apple Store. Unlike most people, Spicer did not manage to escape from the Apple store without some conflict.

Spicer was met with a slew of questions about working for the Trump administration from a young woman. Not only did she unrelentingly pursue her line of questioning, she also streamed the encounter on Periscope for the entire world to see.

RELATED: Sean Spicer had already begun his press briefing when people noticed an issue with his lapel pin

Asking @PressSec questions in Apple Store since he doesn't like the press. https://t.co/l493z2gG4x

Just a few of the questions she asked Spicer include: “How does it feel to work for a fascist?” “Have you helped with the Russia stuff?” “Do you feel good about lying to the American people?” “Are you a criminal as well?”

The young woman captioned her video, “Asking @PressSec questions in Apple Store since he doesn’t like the press.”

Spicer smiled throughout the entire ordeal, appearing unbothered by the unwanted attention surrounding his presence in the Apple Store’s posh Georgetown branch.