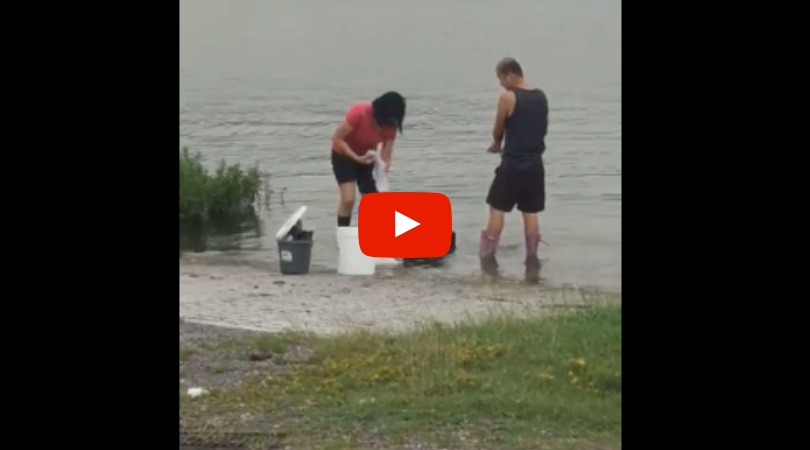 Gross, gross, gross, gross! You might want to double-check where you are eating in Nashville, Tennessee. A restaurant in Old Hickory should probably change its name after it was shut down by the health department. What did they do wrong? Oh you know, just the usual. Several customers caught the employees on video washing kitchen equipment in the lake!

The Facebook post shows the employees at No. 1 Chinese Restaurant on Robinson road washing appliances such as pots, rags, and a grill top in the water at an Old Hickory Lake boat dock. Now, I don’t need to explain to you why this isn’t just unsanitary, but it’s truly disgusting.

Especially because the restaurant has probably been doing it for a while now, thinking no one was going to catch them. Safe to say that after the video went viral on social media, the Metro Health Department saw it and quickly sent out a health inspector to investigate the restaurant.

Confirming they were cleaning all their stuff in the lake, the health department then ordered the restaurant to close due to potential health hazard. The restaurant employees must now wash and disinfect all food prep surface and equipment before the business could reopen. The restaurant’s owner had also been issued a citation.

I don’t know what your thoughts are about his whole situation, but that to me seems like a light punishment. These people were exposing their customers to so much bacteria! They were washing all of their appliances in a LAKE. Do you know how much junk is in lake water? Not to mention dumping a lot of grease into the lake isn’t exactly nature friendly either. Those crispy dumplings and chicken wings must have had more than just sauce in them, that for sure. Yikes.

The restaurant is now open after passing the follow-up inspection. I still don’t think I want to eat there.