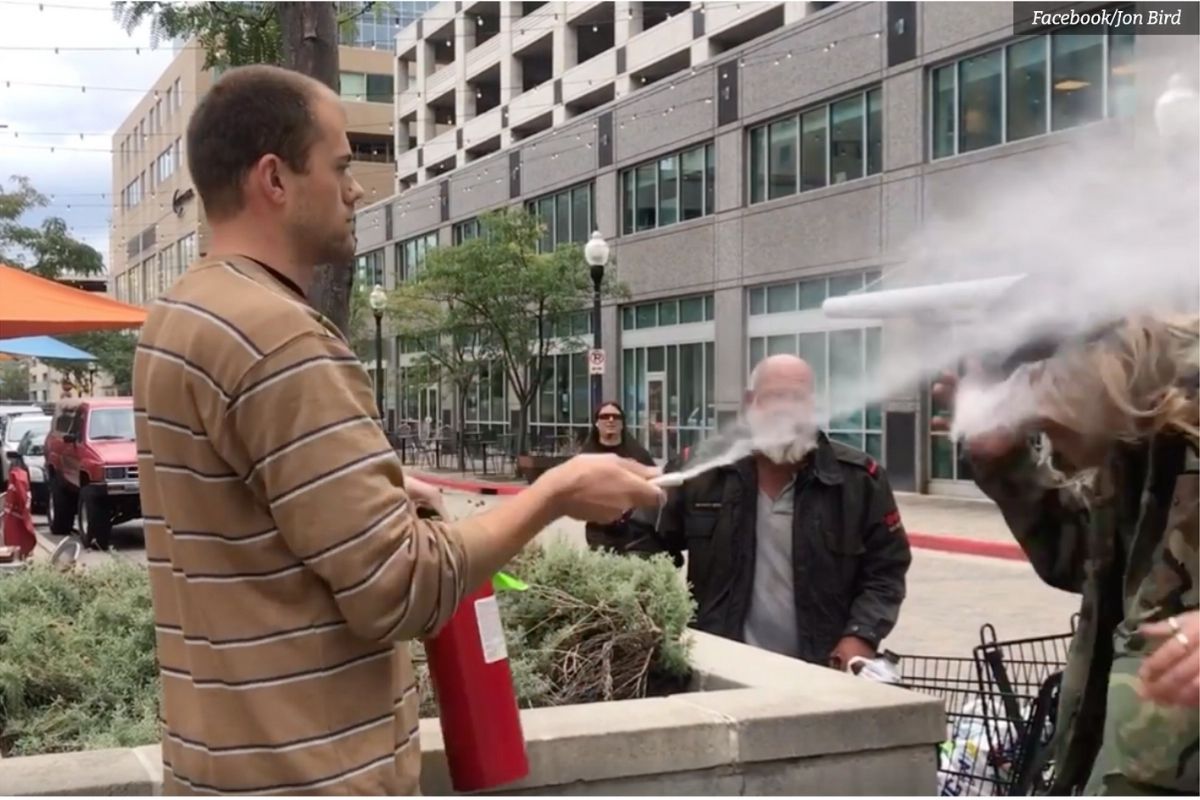 A restaurant owner in Salt Lake City, Utah got real high and mighty about a man smoking a cigarette too close to his establishment and decided to do something about it that he immediately regretted.

Alex Jamison, who owns the restaurant Jon Bird and another man were apparently smoking near, confronted the smokers with a fire extinguisher after asking them several times to move away from his restaurant while smoking. The smokers contended that they were 25 feet from the entrance to the restaurant and thus in accordance with local laws regarding smoking. Jamison, meanwhile, claimed that the restaurant’s patio counted in that consideration and that the men were not in compliance.

Then, instead of doing anything even remotely reasonable, Jamison grabbed a fire extinguisher and sprayed Bird in the face with it. A woman standing by caught it on video.

For Jamison’s part, he apologized for the incident, saying he wasn’t proud of his behavior. Bird, who was volunteering at an arts festival nearby, said a security guard told him it was okay to smoke in that area.

Overall just a weird situation. It doesn’t really sound like anyone was being all that cool. If a guy asks you to move where you’re smoking, assuming it’s polite and in good faith, you should probably just be nice and move. On the other hand, blasting someone in the face at point-blank range is extremely messed up and stupid and pointless. Jamison is lucky he didn’t (rightfully) get his ass kicked. And it’s worth noting that if a person is willing to spray someone in the face with a fire extinguisher over a nothing offense, they probably weren’t being all that polite to begin with.

Since the assault Bird has complained of shortness of breath and headaches. Jamison has told the news that he wants to make the situation right.