Menu
Follow us
Search
Menu
Search
Rugby star Scott Baldwin was unable to play in his last game after his attempt to pat a lion on the head went extremely poorly.

Rugby star Scott Baldwin was unable to play in his last game after his attempt to pat a lion on the head went extremely poorly.

Ospreys head coach Steve Tandy explained the incident, which occurred during a team visit to a game park:

There was an incident with a lion, but in fairness, it was nothing to do with the lion. He did bite Scott, but when you put your hand in a fence where there is a lion, then you will get bitten. It was pretty stupid on Scott’s behalf, and he is pretty lucky. It had nothing to do with where we were. It was a good environment, and we were told how far back to stand. I don’t know what sort of wildlife show Scott has been watching where you can pat a lion on the head as if it’s a kitten. It’s probably one of the silliest things I’ve even been involved in, but thankfully, he is okay, and hopefully, he will be back up and running in the next couple of weeks.

RELATED: A woman gave up her adopted lion cubs to a zoo, and seven years later, they had the most amazing reunion

In the footage of Baldwin’s attempt to pet the lion, it shows him reaching over a fence, which two lions were lying next to. He gently pats one of the lions on the head, and the animal lifts its face up to smell Baldwin’s hand. Suddenly, the lion aggressively bites Baldwin’s hand, teaching him not to play nice with a wild animal.

Baldwin was released from the hospital on Saturday morning after being treated for a laceration on his hand.

RELATED: Watch a lion sneak up on a relaxing hippo, sniff its butt and feel a world of pain for the intrusion 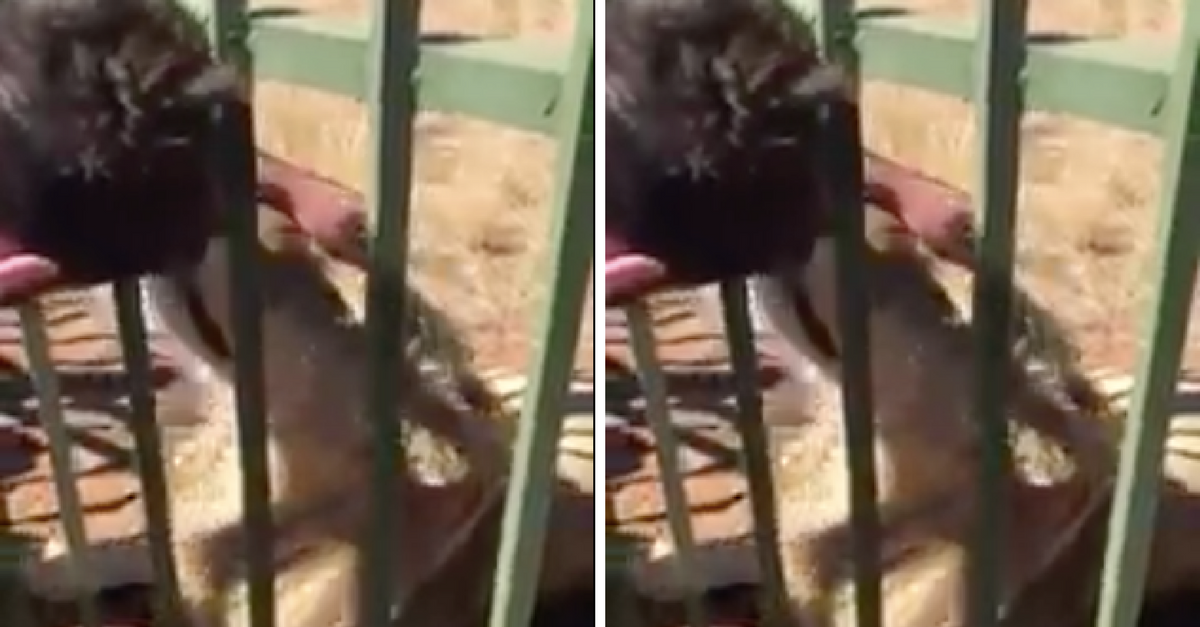