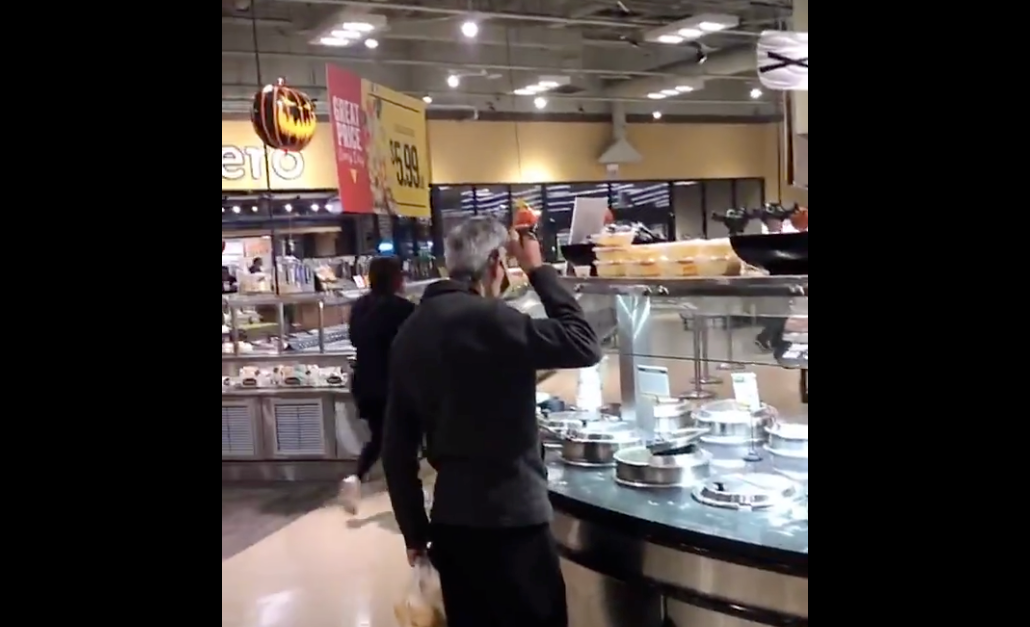 You might want to double check the soup ladle when visiting your local grocery store soup counter. While I have found myself popping in a grape or two, or even taking a small sample of a chocolate covered almond from the bulk container, my grocery store debauchery seems pretty tame compared to this guy’s food sample etiquette. Following the sign hanging above the bar, “Ladle up some comfort” an older gentlemen carrying a plastic bag filled with dinner rolls fills the soup ladle to the brim and gulps it down, placing the ladle back into the soup container. YUCK.

The viral video was first posted on Reddit under the “trashy” subreddit on Saturday, October 27th. Since the initial posting, the video has been watched over 1.49 million times and it is growing rapidly. Take a look at it for yourself:

Something to think about the next time you eat at the salad bar. pic.twitter.com/yALLvVPbut

First of all, the person who recorded this didn’t just stumble onto the soup sin, but it seems to me that the man, who is wearing a snazzy pair of kicks, was on his second ladle and the person pulled out their phone to watch the rest play out.

Reading through the feed, according to fellow Redditors this kind of behavior isn’t as uncommon as one might think.

Further down the thread, bubbly48, the original poster of the video shared that the grocery store security was already on their way over when he recorded the video. While other redditors shared that they would have confronted the man right away, bubbly48 argued back, stating that guy with the soup could have gone crazy on him.

If there’s one thing this video has shared with the web, it’s that this stuff is more common than people would have ever hoped. Next time you find yourself at the salad bar think twice before grabbing those tongs. I know I sure will.