A California woman’s run-in with the law ended in a huge payout after officers illegally entered her home, breaking her ankle.

On Wednesday, Danielle Burfine’s attorney announced that they reached a $6.7 million settlement with the city of Santa Clara for the incident, which occurred on April 16, 2016. Officers arrived at Burfine’s house to arrest her daughter, who was suspected of arson. However, they did not have a warrant and kicked the door in. Burfine ended up on the ground and, in the scuffle, her ankle was broken, The Mercury News reports.

RELATED: Here’s the video of a Vegas cop slamming a woman on a car hood that got him banned for life

Attorney Michael Haddad released 12 minutes of body camera footage that shows Burfine screaming and requesting an ambulance. At one point in the video, police tell her that she’s under arrest. She also says that her lawyer told her that she did not have to let the police in the house then sobs “what good is having a lawyer if they’re wrong?” Throughout the clip, officers seem to cooperate with her, one of them gets her a cup of tea while another makes a call on her phone at her request.

In a statement, Santa Clara’s legal counsel said, “The city’s insurer determined that the most prudent course of action was for it to pay an amount that would result in settlement.” The police chief stood by his officers’ conduct saying, “I fully support the police officers who acted in good faith to arrest this arsonist wanted on felony charges.” Officers argued that they were arresting the teen on “on-view” charges; however, typically, “on-view” charges only refer to an instance in which an officer witnesses a crime and pursues a suspect.

After police entered the house, they arrested Burfine’s daughter, and she was later convicted of the arson. 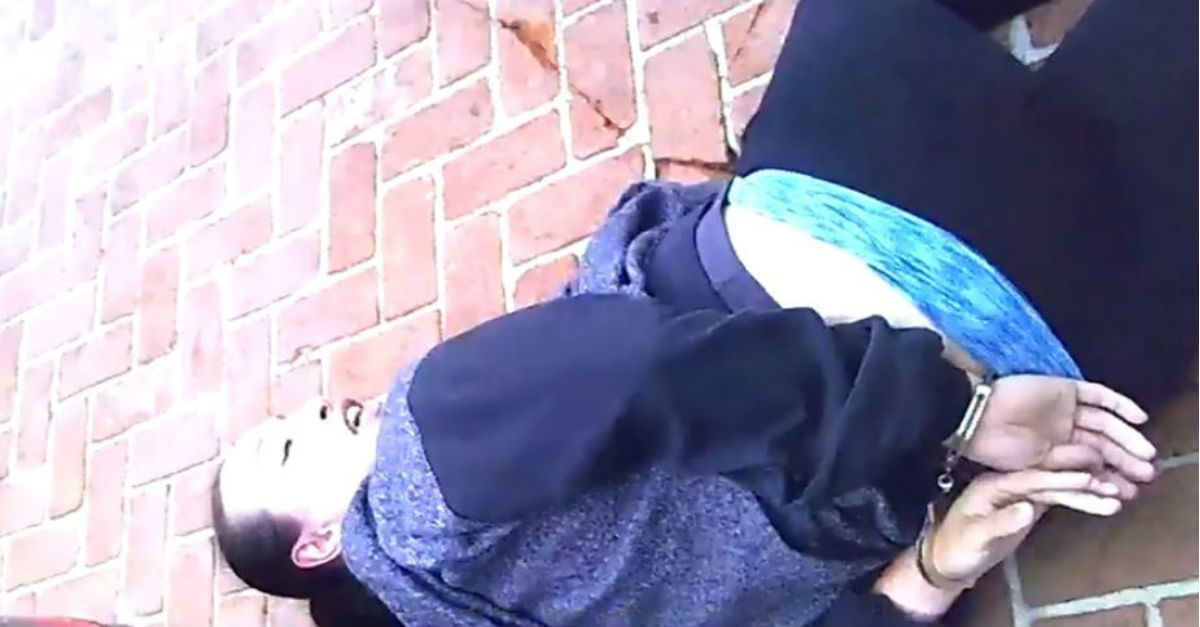