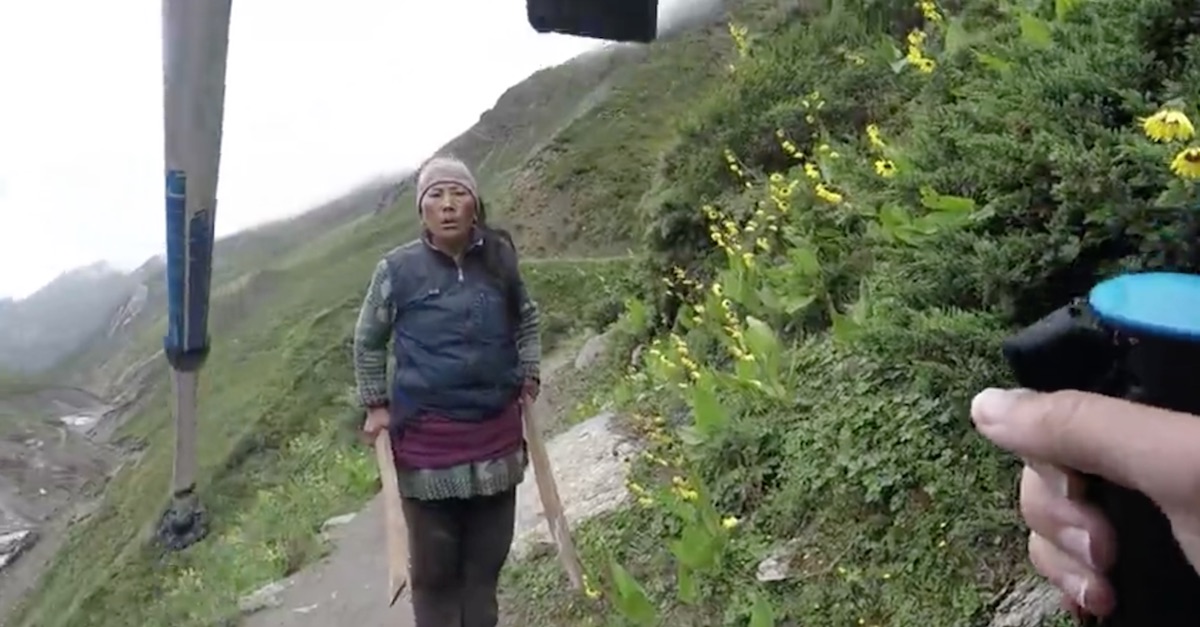 A British woman and her stepson exploring Nepal were in for a terrifying surprise when one of the locals they encountered at a tea house literally chased them down a mountain for reasons unknown.

RELATED: Watch the amazing moment hikers lost in the wilderness are found by a drone hovering high above the trees

Gemma Wilson, 35, recounted in an interview with the Mirror the incident she and 15-year-old stepson Charlie experienced after leaving a tea house in Nepal on Aug. 14.

“It was just a little tea stop along the way and we were just going to walk past and she said ‘come stop and have a drink’, she seemed very friendly to start with,” she said. “I didn’t order anything, I just got my stepson a black tea.”

Wilson said that she believed she was charged three times the normal price for tea, paid it and ended up being threatened by the woman wielding wooden weapons nonetheless.

“When I got up to pay she told it was 150 rupee. I asked her again and she repeated it, so I got the money out and paid her, but I said to her it was seriously pricey,” she said, noting that this exchange soon escalated into her being called a “bitch.”

The original description Wilson left under her GoPro video explained that “When [Wilson] questioned this [price], [the woman] went crazy saying I had to pay or she would kill me. I paid the money and left, she then chased us along the mountain side screaming and throwing rocks.”

RELATED: Three arrested after a naked man sprints through neighborhood in an online date gone wrong

Wilson said that the woman only started to back down when she and her stepson found a man walking a horse. While the cause of the “crazy” stranger’s menacing behavior is unknown, it is reported that other locals said she has done this before to other hikers.